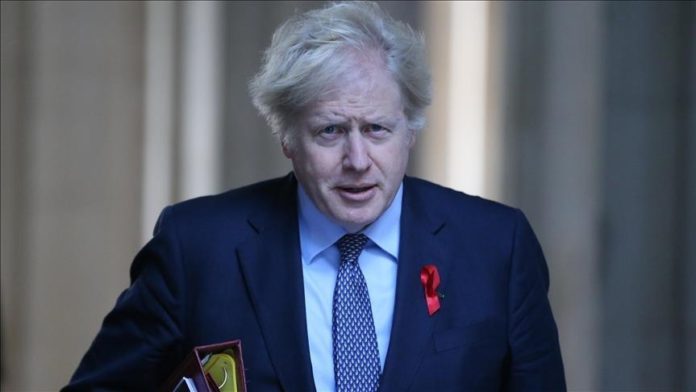 British Prime Minister Boris Johnson due to the pandemic cancelled a visit to India planned for later in January, a government statement said Tuesday.

“The Prime Minister spoke to Prime Minister Modi this morning, to express his regret that he will be unable to visit India later this month as planned,” the statement said.

“In light of the national lockdown announced last night, and the speed at which the new coronavirus variant is spreading, the Prime Minister said that it was important for him to remain in the UK so he can focus on the domestic response to the virus,” it added.

Johnson and Modi “underlined their shared commitment to the bilateral relationship, and to continuing to build on the close collaboration between our countries – including in response to the pandemic,” according to the statement.

Johnson said “he hopes to be able to visit India in the first half of 2021, and ahead of the UK’s G7 Summit that Prime Minister Modi is due to attend as a guest.”

The UK government has declared a new national lockdown in England last night, which will continue until mid-February. Scotland is also in a similar full lockdown. Strict restrictive measures are also in place in Wales and Northern Ireland.

Britain saw a daily average of 50,000 in new cases, which is believed to be caused by the new variant of the coronavirus, for the last seven days.

The death toll has exceeded 75,500 in the country since the start of the pandemic.