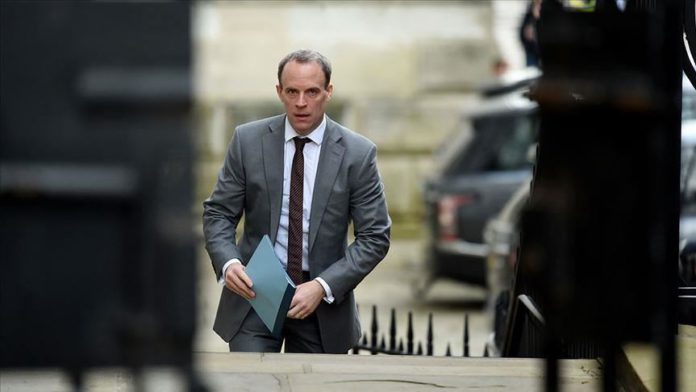 The British foreign secretary announced on Thursday the UK was preparing sanctions against Belarus over alleged human rights abuses.

Speaking at the House of Commons, Dominic Raab said that Alexander Lukashenko, who was sworn in as Belarus’ president last week, has “a wholesale lack of legitimacy.”

Protests in Belarus broke out after Lukashenko, who has served as president since 1994, was declared the winner of Aug. 9 polls. Opposition candidates, however, accused the administration of rigging the vote.

Raab said the UK did not accept the rigged election results, and slammed the “thuggery” used against protestors.

“It is critical that those responsible for the fraudulent elections and human rights violations are held to account,” he said.

“So we are willing to join the EU in adopting targeted sanctions against those responsible for violence, repression and vote rigging in Belarus.”