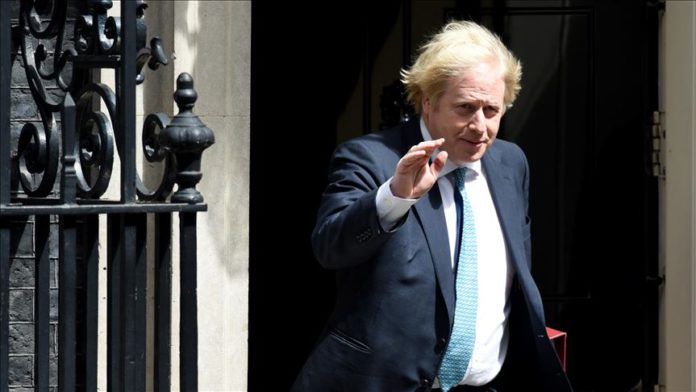 British Prime Minister Boris Johnson was called on by the leader of the opposition to “correct the record” after he misquoted his own government’s advice to care homes, as health authorities announced a further 494 people had died from coronavirus across the UK in the last 24 hours.

At the weekly question time, Johnson told parliament that 144 National Health Service staff and 131 care staff had died from coronavirus.

Then opposition Labour leader Keir Starmer pressed Johnson on deaths in care homes, saying: “Until 12 March, the government’s own official advice was – and I’m quoting from it – ‘It remains very unlikely that people receiving care in a care home will become infected.’ Does the prime minister accept that the government was too slow to protect people in care homes?”

Johnson denied the charge, claiming: “It wasn’t true the advice said that.”

The exchange prompted controversy, but official government documents prove Starmer was correct. A document published on March 13 said: “It is therefore very unlikely that anyone receiving care in a care home or the community will become infected.”

Starmer seized on Johnson’s mistake, and after question time sent Johnson a letter calling on him to return to parliament and correct the record.

“At this time of national crisis, it is more important than ever that government ministers are accurate in the information they give,” Starmer wrote in the letter.

“Given this, I expect you to come to the House of Commons at the earliest opportunity to correct the record and to recognise that this was official government guidance regarding care homes.”

Deaths could be double official figures

The Guardian reported that over 22,000 people in care homes in England and Wales could have died directly or indirectly from coronavirus, more than twice the number in official figures.

The assessment came from academics at the London School of Economics, who said that numbers from the Office of National Statistics (ONS), the UK’s national statistics agency, have underestimated the number of deaths in care homes.

Speaking to a House of Commons committee, Ian Diamond, head of the ONS, said that he was “not prepared’ to say the UK had the highest death rate in Europe because “I don’t think that we have very good data in the UK.”

Nevertheless, he added: “I do think that there is no doubt that we are, if you like, at the higher level for deaths. I’ve no problem about saying that.”

“There are very, very different data collection strategies in different countries. It will be some time, because of the way that other countries report, that I’m able to give an authoritative answer to that question,” he said.

He said there were other reasons that made it difficult to compare death rates in different countries: “Let’s just start with age. We know that, above all, this is a disease which really impacts the elderly members of society. So if your population has a radically different age structure, then one needs to do something about controlling for that …

“Secondly, we know from ONS data it’s a pandemic which started in London. It takes much longer to move through rural areas. We need to know something about the degree of urbanization, the degree to which people are living close together.”

The Daily Telegraph on Tuesday published a leaked internal Treasury report that raised the prospect of tax hikes and public sector wage freezes to pay for virus’ economic toll.

“A confidential Treasury assessment of the coronavirus crisis estimates that it will cost the exchequer almost £300bn this year and could require measures including an increase in income tax, the end of the triple lock on state pension increases and a two-year public sector pay freeze,” the Telegraph reported.

The Treasury declined to comment on the leak directly, saying instead: “The Government’s focus is on supporting families and businesses through this difficult period. That’s why we announced an extension to the furlough scheme, which has already saved millions of jobs, earlier.”

But Shadow Chancellor of the Exchequer Anneliese Dodds demanded the government publicly reject the proposals.

“A lack of resilience in our public services, caused by 10 years of underfunding, has made it harder to deal with the challenge of coronavirus,” she said.

“After all our public services and key workers have done to save lives during this pandemic, there must be no return to a society where we lack that resilience. Both the chancellor and the prime minister must urgently make a statement rejecting these plans.”

The pandemic has killed over 293,200 people, with total infections surpassing 4.29 million, while over 1.5 million people have recovered from the disease, according to figures compiled by the US-based Johns Hopkins University.