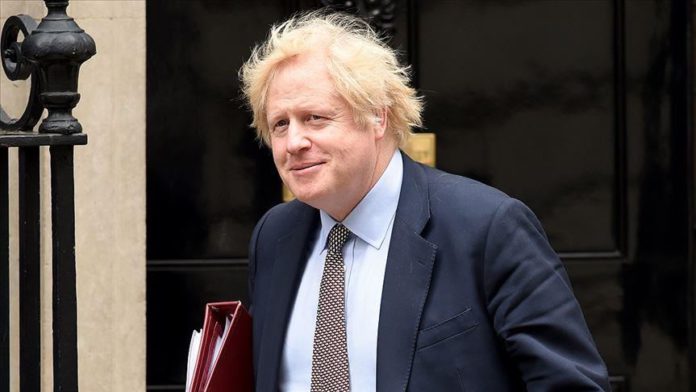 British Prime Minister Boris Johnson announced on Tuesday a widespread easing of the lockdown in England, including a relaxing of the 2-meter social distancing rule.

In his speech to parliament, Johnson said the government does not believe there is “currently a risk of a second peak of infections that might overwhelm the National Health Service.”

He added that the government has trusted “in the common sense and perseverance of the British people” and that this trust has been rewarded. Brits will now be asked to follow guidance as opposed to laws.

He then announced a wave of measures easing the lockdown in England as of July 4. The lockdown has been in effect since March 23.

The British government will ask people to continue to keep 2 meters apart, as is currently the case, but in situations where they cannot do so, such as in shops and restaurants, a “1 meter plus” rule will be put in place.

This rule means people should stay at least 1 meter away from each other, as well as implementing other mitigation measures, such as wearing a face mask, increased hand washing, limited time with other people, and spending time outdoors rather than indoors.

Also from July 4, restaurants and pubs will be allowed to open, alongside hairdressers, outdoor gyms and playgrounds, cinemas, museums, libraries, and galleries.

Other venues will remain closed, however, including indoor gyms, swimming pools, spas, and bowling alleys.

Places of worship will be opened up from the same date for prayer and services, including weddings though these will have a maximum attendance of 30 people, along with implementing social distancing.

“Today we can say that our long national hibernation is beginning to come to an end,” Johnson said.

Opposition leader Sir Keir Starmer said that although the Labour Party had questions on certain details, they supported the measures overall.

According to the latest official figures, 305,289 people have tested positive for the coronavirus in the UK, including 42,647 deaths.

Iraq denounces US pardons to agents in Iraqis murders