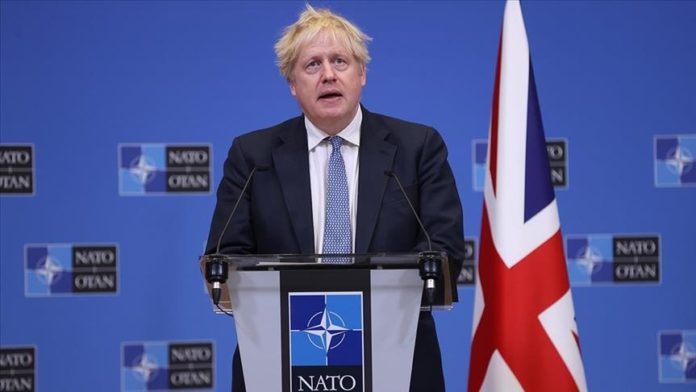 Speaking in Scotland, where he is on a visit, Johnson said the evidence of an imminent invasion is “pretty clear.”

“You’ve got about 130,000 troops massing on the Ukrainian border. There’s all sorts of other signs that show that there are serious preparations for an invasion,” he said.

Underlining that “we are on the edge of the precipice,” Johnson said “but there is still time for President [Vladimir] Putin to step back and what we’re urging is for everybody to engage in dialogue for a conversation to take place and for the Russians to avoid … a disastrous mistake for Russia.”

Quoting US President Joe Biden, Johnson said the signs for an invasion are there and that “as you’ve heard from President Biden that they’re least planning for something that could take place as early as in the next 48 hours.”

The British prime minister also warned that everything should be done for the Russian president to understand “the economic consequences, the political consequences of doing this, and I think what needs to happen is that the world needs to learn the lesson of 2014.”

He added that Europe must reduce its energy dependency on Russian resources, and find alternative sources of energy.

“We need to get ready to impose some very, very severe economic consequences on Russia,” he said.

Johnson said it is “very important that the West should stand united.”

“What I’m saying is that it’s important for the West to stand together and I think I think the Defense Secretary [Ben Wallace] is absolutely right to say it is very important that we got to be strong.”

Responding to a question whether he could go to Moscow for diplomatic efforts to prevent any conflict in the region, Johnson said he is “going to be doing everything I can to help the diplomatic process and I’ll be talking to various leaders including Joe Biden, very soon.”