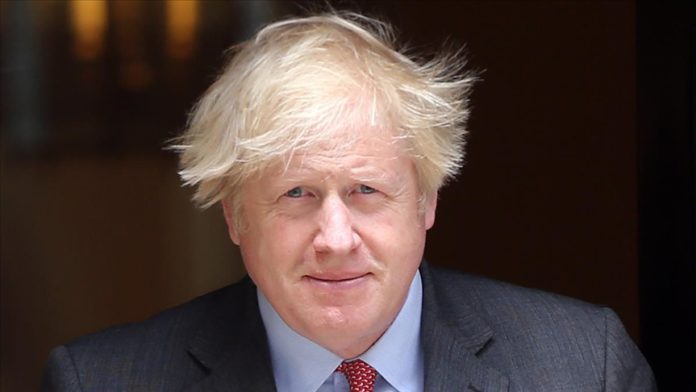 “These are a matter for the MoD (Ministry of Defence) but if you want my view I think it was wholly appropriate to use international waters, and by the way the important point is that we don’t recognize the Russian annexation of Crimea, this is part of a sovereign Ukrainian territory,” said Johnson on the incident that took place on Wednesday.

“It was entirely right that we should vindicate the law and pursue freedom of navigation in the way that we did, take the shortest route between two points, and that’s what we did,” Johnson added.

Kremlin spokesman Dmitry Peskov had previously vowed that in the event of a “repeat of unacceptable provocative action — if those actions go too far — no options can be ruled out in terms of legally defending Russia’s borders.”

The UK has rejected Russian claims that a Russian border patrol boat fired warning shots at the destroyer and that Russian air force planes dropped bombs in its path as the vessel made its way through Black Sea waters.

In response, Russia has accused the UK of telling “barefaced lies” and summoned the British ambassador in Moscow.

“That’s not my information and my understanding is that the carrier strike group proceeded in the way you would expect through international waters and in accordance with the law,” Johnson told reporters during a visit to a military barracks in New Normandy.

“I think it was very important for the carrier strike group to do what they’re going to do around the world, in partnership with 40 other countries on maneuvers, sticking up for our values, sticking up for what we believe in.

“That includes democracy, human rights, equalities, but also the rule of law and freedom of navigation. We don’t recognize the Russian annexation of Crimea, it was illegal, these are Ukrainian waters and it was entirely right to use them to go from A to B.”

Moscow annexed Crimea in 2014, a takeover that Britain and the UN consider illegal, and in the process claimed the waters around its coast.