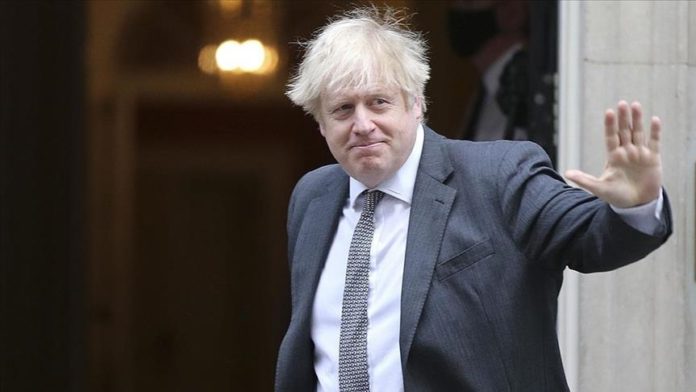 British Prime Minister Boris Johnson on Thursday announced in parliament that all British troops in Afghanistan would be “coming home.”

Johnson said that most of the 750 remaining British troops in Afghanistan have already been withdrawn.

The announcement ends the UK’s two-decades long military involvement in the country.

However, Johnson stressed: “I hope no one will leap to the false conclusion that the withdrawal of our forces somehow means the end of Britain’s commitment to Afghanistan – we are not about to turn away.”

A small number of British troops will be left behind to support a US-led force to protect diplomats in Kabul, where the UK Foreign Office intends to keep the location of its embassy.

The Defense Ministry has not said how many British troops would remain, but local media reported that, in the first instance, these troops would not be guarding the UK embassy.

“The international military presence in Afghanistan was never intended to be permanent. We and our NATO allies were always going to withdraw our forces. The only question was when, and there could never be a perfect moment,” Johnson said.

The UK’s announcement follows US President Joe Biden’s decision to end the American military presence in Afghanistan by Sept. 11, 2021, 20 years after the 9/11 attacks that triggered the war.

Although Britain accepted the US’ decision, senior British government and military figures, including Johnson himself, have said they did not want to pull out at this time, especially in light of rapid Taliban advances across the country.

Ukraine Air crash: Zelensky thanks US for sharing info