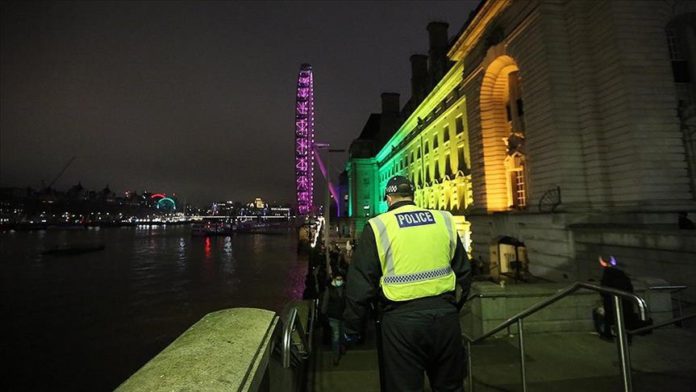 British Prime Minister Boris Johnson announced in a live TV address on Monday a new national lockdown in England starting tomorrow until around mid-February to stem the soaring number of COVID-19 cases in the country.

In Johnson’s fourth address to the nation since the pandemic began, he said the new mutant variant of COVID-19 was “frustrating and alarming” as it was between 50% and 70% more transmissible.

Hospitals are under severe strain, he said, with deaths up 20% over the last week.

Johnson then announced a third national lockdown in England, asking people to “stay at home.”

There are limited exceptions: to work if you cannot work from home, shop for food and medicine, exercise, to provide care to a vulnerable person, or to attend medical appointments.

All primary and secondary schools as well as colleges will move to remote learning until the half-term in mid-February. Children of key workers and the vulnerable will still be able to attend.

He said that schools were “not unsafe” and that children were “very unlikely” to become seriously ill from COVID-19, but that nonetheless, schools could “act as vectors of transmission – causing the virus to spread between households.”

He said he knows people have had “more than enough government guidance about beating this virus,” but said, “We must pull together.”

‘End in sight,’ but stay home for now

“Thanks to the miracle of science, not only is the end in sight, but we know exactly how we will get there,” Johnson said. “But for now I’m afraid you must once again stay at home, protect the NHS [National Health Service], and save lives.”

British government data released on Monday showed that there were 58,784 cases recorded across the UK over the past 24 hours, the highest daily total since the pandemic began.

It is the seventh day in a row that cases have surpassed 50,000. The total number of positive cases since the start of the pandemic stands at over 2.71 million.

Before Johnson’s speech, the UK’s four chief medical officers representing each of the union’s four countries raised the UK coronavirus alert level from 4 to 5, its highest level, for the first time.

According to government information, Level 5 means “there is a material risk of healthcare services being overwhelmed.”

The COVID alert level system is separate from the tier system operating in England.

Scottish First Minister Nicola Sturgeon announced earlier in the day a full national lockdown across all of mainland Scotland and most of its islands until the end of January effective as of midnight tonight.

“It is essential that we further limit interaction between different households to stem the spread and bring the situation back under control, while we vaccinate more people,” Sturgeon said.

“In short, we must return for a period to a situation much closer to the lockdown of last March.”