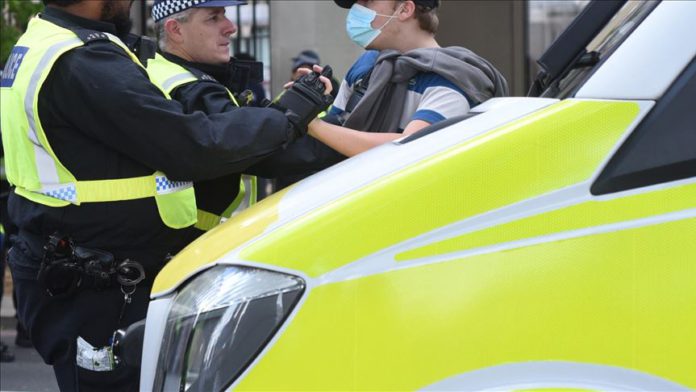 British police and supermarkets clashed Friday on who should implement new rules that have made face masks compulsory in shops.

“It is our members who are expected to police what is a new way of living and I would urge retail outlets to play their part in making the rules crystal clear – if you are not wearing a face covering then you are not coming in,” said John Apter, the national chairman of the Police Federation of England and Wales.

“Officers will be there to help stores if needed – but only as a last resort, as we simply do not have the resources,” he said.

The Co-op, Asda, and Sainsbury’s – three of Britain’s largest supermarket chains –said they will not turn away customers who do not wear facemasks.

“We’ll have in-store signage on the new rules around face coverings but we are clear that shop workers should not enforce the new legislation,” said Jo Whitfield of the Co-op. “On a daily basis they face abuse, threatening behaviour and even physical assault. Our own figures show that during the Covid-19 crisis such instances have risen and enforcing the wearing of face masks could be another flashpoint.”

Sainsbury’s, the second largest supermarket chain in the country, said on social media: “We won’t be challenging customers without a mask when they enter or when they are in store since they may have a reason not to wear a mask.”

A spokesman for Asda said: “While we will do all we can to strongly encourage customers to wear a face covering inside our stores, it is the responsibility of the relevant authorities to police and enforce the new rules.”