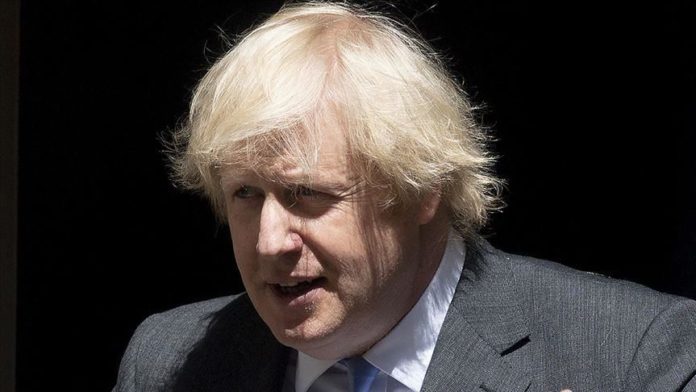 British Prime Minister Boris Johnson gave a coronavirus press briefing on Friday where he said he would impose tighter restrictions on Greater Manchester if an agreement could not be reached after days of fruitless talks.

Johnson praised local mayors and leaders in London and Liverpool for working with the government, and said that talks with them about the newly imposed local restrictions were “tough discussions, difficult decisions.”

He said the government still has not reached a decision with the mayor and other local leaders in Greater Manchester, and that while he “completely understands” their position, he said “the situation is grave.”

He said cases have doubled in that region in nine days, and that infections were moving up the age range. The number of patients in ICU is already 40% of the level at the last peak in spring.

“In two weeks, there will be more patients in ICU than at the peak of the first wave,” Johnson said.

He then effectively issued an ultimatum, saying he “will need to intervene” if no agreement can be reached – widely interpreted as a threat to impose the restrictions without the approval of local leaders.

Johnson also raised hopes with regard to the country’s much-criticized testing system.

He said the UK had “started building the domestic infrastructure” to provide more rapid testing, which could provide results as quickly as within 15 minutes.

The tests are already being used in hospitals and the government would now “start distributing and trailing tests across the country.”

The tests would be used not only on NHS staff but also on students in universities that have outbreaks, as well as areas with local outbreaks.

“In time we want to use tests to keep open more parts of the economy that have sadly been closed,” he said.

Johnson then struck a cautious tone: “No country in the world is regularly testing millions of people, so we need to take the time to establish how to do this effectively and safely, and to build the logistics and distribution operation necessary for a large-scale operation across the country.”

Johnson was asked why he was implanting local lockdowns over vast swathes of the country, rather than a short ‘circuit-breaker’ national lockdown, a policy supported by the main opposition Labour Party.

He said: “I don’t think it makes sense to be locking down the whole country when there’s such a big difference in the infection rate across the UK.”