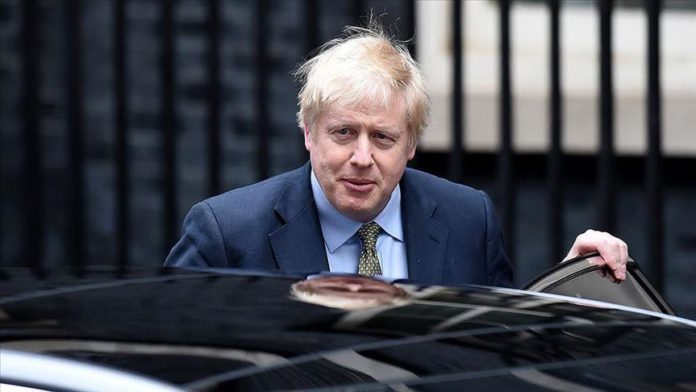 The British premier on Monday said his country would invest and grow its way out of economic crisis, rather than implementing austerity, as health authorities announced that 25 more people died from the novel coronavirus over the past 24 hours.

“As of 5pm on 28 June, of those tested positive for coronavirus, across all settings, 43,575 have sadly died,” the Department of Health said.

In an interview with Times Radio, Prime Minister Boris Johnson said of the pandemic: “This has been a disaster, let’s not mince our words, this has been an absolute nightmare for the country.”

“The country has gone through a profound shock. But in those moments you have the opportunity to change and to do things better,” he said.

“We really want to build back better, to do things differently, to invest in infrastructure, transport, broadband – you name it.”

“What we will be doing in the next few months is doubling down on our initial agenda, which was all about investment,” he said.

Johnson added he was not worried about increased government borrowing, saying: “I do think that the investment will pay off, because this is a very, very dynamic, productive economy. And the way to get UK business confident and growing is to give the private sector the confidence to invest in capital, in skills, in people.”

“In the end what you can’t do at this moment is go back to what people called austerity,” the premier said. “I think that would be a mistake.”

“I think this is the moment for a Rooseveltian approach to the UK,” he said.

Over the weekend, it was reported that Leicester, a city in northern England, could have been the first area in the UK to undergo a local lockdown due to a local coronavirus outbreak.

This morning, however, Leicester Mayor Sir Peter Soulsby said the government was now suggesting to keep the current relaxed lockdown rules in place, but for a further two weeks after July 4 when restrictions for the rest of the country are loosened further.

The confusion has frustrated local politicians.

“Frankly, it’s been intensely frustrating,” Soulsby, who is from the opposition Labour Party, told the BBC. “It was only last Thursday that we finally got some of the data we need but we’re still not getting all of it and it was only at 1.04am that the recommendations for Leicester arrived in my inbox.

“I’ve looked at this report and, frankly, it’s obviously been cobbled together very hastily. It’s superficial and its description of Leicester is inaccurate and certainly it does not provide us with the information we need if we are to remain restricted for two weeks longer than the rest of the country.”

Claudia Webbe, a member of the parliament who represents Leicester East for Labour, said: “The government hasn’t reassured us. Thus far, the messages and the communication from the government have been unclear, and it has been difficult, and I really don’t understand what communities are meant to follow.”

Since first appearing in Wuhan, China last year in December, the novel coronavirus has spread to at least 188 countries and regions. The US, Brazil, and Russia are currently the hardest-hit countries in the world.

The pandemic has killed more than 502,000 people worldwide, with over 10.16 million confirmed cases and 5.14 million recoveries, according to figures compiled by the Johns Hopkins Coronavirus Resource Centre.