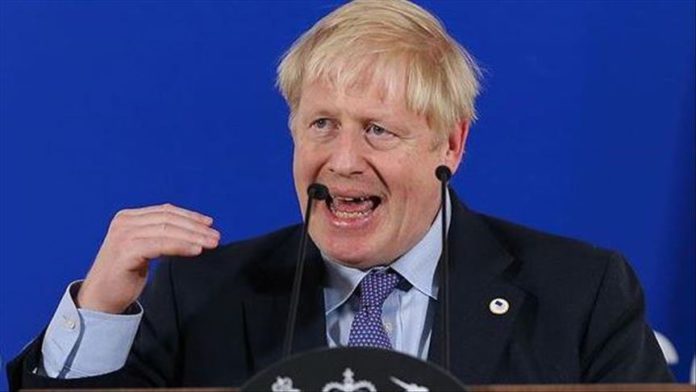 In a speech at the virtual Conservative Party conference on Tuesday, British Prime Minister Boris Johnson said the UK was and would continue to be “the greatest place on Earth” and that it was “the measure of the greatness of this country that we are simply not going to let [the pandemic] hold us back or slow us down.”

“After all we’ve been through it isn’t enough just to go back to normal, we’ve lost too much, we’ve mourned too many,” he said. “We have been through too much frustration and hardship just to settle for the status quo and to think that life can go on as before the plague, and we will not.”

He said coronavirus could be a trigger for social and economic change. “That’s what we’re doing now, in the teeth of this pandemic. We’re resolving not to go back to 2019 but to do better.”

He added: “The UK economy had some chronic underlying problems: long-term failure to tackle the deficit in skills, inadequate transport infrastructure, not enough homes people could afford to buy – especially young people – and far too many people, across the whole country, who felt ignored and left out, that the government was not on their side. And so we cannot now define the mission of this country as merely to restore normality.”

In a nod to the frustrations of the nation, Johnson said: “I don’t know about you, but I have had more than enough of this disease that attacks not only human beings but so many of the greatest things about our country – our pubs, our clubs, our football, our theatre and all the gossipy gregariousness and love of human contact that drives the creativity of our economy.”

Johnson criticized those claiming he was still unwell after recovering from coronavirus, as rumors to that effect have swirled in the press.

“I’ve read a lot of nonsense recently about how my own bout of Covid has somehow robbed me of my mojo,” he said. “Of course, this is self-evident drivel, the kind of seditious propaganda that you would expect from people who don’t want this government to succeed, who wanted to stop us delivering Brexit and all our other manifesto pledges.”

He also said he wanted wind power to every home in the UK within the decade. “Your kettle, your washing machine, your cooker, your heating, your plug-in electric vehicle – the whole lot of them will get their juice cleanly and without guilt from the breezes that blow around these islands,” he said.

“As Saudi Arabia is to oil, the UK is to wind – a place of almost limitless resource, but in the case of wind, without the carbon emissions and without the damage to the environment.”

Johnson concluded his optimistic speech on an optimistic note: “Even in the darkest moments we can see the bright future ahead, and we can see how to build it, and we are going to build it together.”

Opposition Labour leader Sir Keir Starmer said in response to Johnson’s speech: “I think that what National Health Service workers on the frontline and the country want from the prime minister is a frank acknowledgement that there are real problems with the government’s approach.

“Everybody can see that infection rates are rising, lots of areas are under restrictions and don’t seem to be coming out of it and the testing regime just isn’t working – we’ve even lost tests in the last few days.

“So what I think people wanted was a frank acceptance that those problems are there and a roadmap to get out of where we are now. A roadmap from here to when we get a vaccination.”

Government figures released on Tuesday showed that a further 14,542 cases of coronavirus were recorded across the UK over the past 24 hours.

The figures also showed that 76 more people died, bringing the total to 42,445.