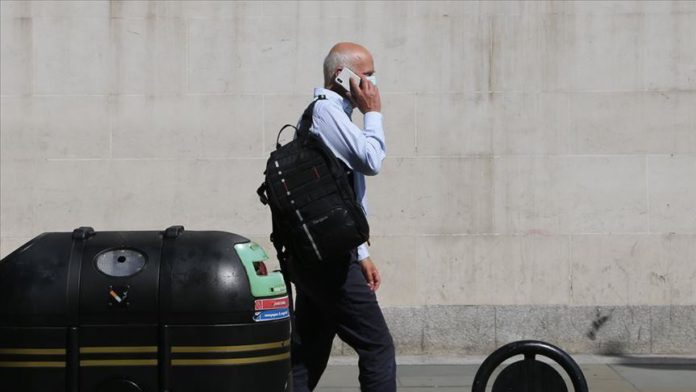 British health authorities announced on Tuesday that a further 155 people died of coronavirus across the UK over the past 24 hours, bringing the total up to 44,391.

British Prime Minister Boris Johnson provoked a furore after appearing to shift blame for the high number of deaths from coronavirus inside care homes onto the care homes themselves.

Johnson said on a visit to Yorkshire, northern England, that the country had to “make sure we look after people better who are in social care.”

“We discovered too many care homes didn’t really follow the procedures in the way that they could have but we’re learning lessons the whole time,” he added. “Most important is to fund them properly […] but we will also be looking at ways to make sure the care sector long term is properly organised and supported.”

His spokesman later attempted to walk back on his comments, refusing to apologize but insisting the prime minister’s words had been misinterpreted.

“The PM was pointing out that nobody knew what the correct procedures were because the extent of asymptomatic transmission was not known at the time,” he said.

Nadra Ahmed, chair of the National Care Association, said the comments were “a huge slap in the face of a sector that looks after a million vulnerable people.”

“Despite the fact personal protective equipment was diverted, despite the fact we didn’t have testing in our services, despite the fact they’ve not put any money into our sector, it has worked its socks off, and it’s a huge disappointment to hear the leader of our country say what he’d said,” she said.

Caroline Abrahams, director of Age UK, an elderly people charity, said: “It would be unfair for anyone to suggest that care staff have been authors of their own misfortune: on the contrary, in a neglected and cash-strapped system they have been magnificent throughout the pandemic — arguably far better than we as a country deserved.”

Liz Kendell, the shadow social care minister for the opposition Labour Party, said: “Staff who have gone the extra mile to care for elderly people, and experienced things the rest of us can only imagine, will be appalled to hear the prime minister’s comments. Boris Johnson should be taking responsibility for his actions and fixing the crisis in social care, not blaming care homes for this government’s mistakes.”

To add to Johnson’s woes, several pubs in England announced they were temporarily shutting down after staff and customers tested positive for coronavirus.

Pubs were allowed to open for the first time since March last Saturday, dubbed “Super Saturday” by local media.

The coronavirus pandemic has claimed over 539,000 lives in 188 countries and regions since originating in China last December.

More than 11.66 million cases have been reported around the world so far, with recoveries exceeding 6.33 million, according to figures compiled by the US-based Johns Hopkins University.