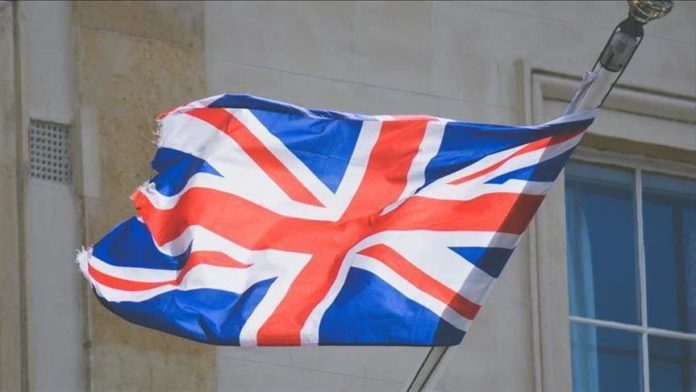 An internal British government document leaked to UK tabloid The Sun allegedly outlines the country’s plans in case of a “reasonable worst-case scenario” of a second wave of the novel coronavirus combined with floods, the flu and a no-deal Brexit.

“Pandemic influenza, severe flooding, a COVID second wave and an unruly exit from the EU transition period could cause a systemic economic crisis with major impact on ­disposable incomes, unemployment, business activity, international trade and market stability,” the document said.

Dated July 2020, the document said that if the UK and EU could not agree on a trade deal, hard borders and tariffs will come into effect overnight on Jan. 1, 2021.

Talks have stalled with no breakthrough in sight. Chief EU Brexit negotiator Michel Barnier said earlier this week it felt as if “we were going backwards more than forwards,” while his British counterpart, David Frost, said there had been “little progress.”

The government document said the military could have to airdrop food to Gibraltar and the Channel Islands and deploy the navy to prevent illegal European fishing boats clashing with British vessels.

The Sun reported that under a no-deal Brexit, France could enforce “mandatory controls on UK goods from day one,” that could decrease trade passing through Dover and Calais by 45 percent for three months, creating long queues of trucks in Kent.

These thousands of stranded lorries could lead to shortages of medicine for both humans — during a pandemic — as well as animals, risking the spread of disease through British livestock. The traffic jams at the borders could also lead to power and petrol shortages.

The document also said social distancing and mandatory mask-wearing would have to continue until 2021.

The combined effects of a no-deal Brexit, floods, the flu and second wave of the coronavirus could overwhelm hospitals and bankrupt local town halls. The document said troops could be deployed to quell public disorder.

Cabinet Office Minister Michael Gove said: “We got Brexit done with a great deal in January and we are working flat out to make sure the UK is ready for the changes and huge opportunities at the end of the year as we regain our political and economic independence for the first time in almost 50 years,

“Part of this work includes routine contingency planning for various scenarios that we do not think will happen, but we must be ready for come what may. Whether we trade with the EU on terms similar to Canada or to Australia, a brighter future awaits as we forge our own path.”

A government spokeswoman said “intensive planning” was underway to help ensure that businesses and citizens are ready to “take advantage of the opportunities and changes” that leaving the bloc’s single market and customs union will bring.

“As a responsible government we continue to make extensive preparations for a wide range of scenarios, including the reasonable worst case,” she added.

“This is not a forecast or prediction of what will happen but rather a stretching scenario. It reflects a responsible government ensuring we are ready for all eventualities.”