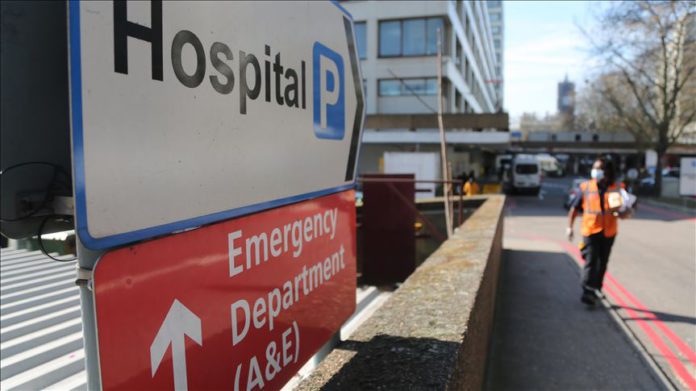 British Prime Minister Boris Johnson on Thursday said the country is now “past the peak of this [COVID-19] disease”.

“We are past the peak of this disease,” said Johnson, adding that Britain was “on the downward slope.”

Johnson noted that the total number of UK-wide deaths from coronavirus was 26,771, with a rise of 674 fatalities in the last 24 hours.

His comments came at his first daily briefing since March 25. The prime minister has been recovering from coronavirus himself over the past month.

“I will be setting out a comprehensive plan next week to explain how we can get our economy moving, our children back to school and into childcare, and thirdly how we can travel to work and make life in the workplace safer,” Johnson said.

“In short, how we can continue to suppress the disease and at the same time restart the economy.”

He noted that this would have to be done “gradually” as a second peak would cause “lasting economic damage.”

Johnson said he thought the economy would “bounce back strongly.”

The prime minister also said that face coverings would be “useful” in the aim of lifting the lockdown “both for epidemiological reasons but also giving people confidence they can go back to work.”

Although the context today was a medical one, Johnson has previously made controversial remarks about the face covering worn by some Muslim women.

In 2018, Johnson was reported to the Equality and Human Rights Commission, the UK’s rights watchdog, for his remarks about Muslim women in an article he wrote for the Telegraph newspaper.

Referring to the burqa, he said in the piece: “It is absolutely ridiculous that people should choose to go around looking like letter boxes,” adding that if female Muslims went to classes “looking like a bank robber” they should remove their burqas. Tell MAMA, a group that monitors anti-Muslim abuse, reported at the time that the number of Islamophobic incidents rose 375% in the week following the article.

At a Downing Street briefing earlier in the day, the prime minister’s spokesman warned that lifting the lockdown too early may “gamble away” the gains already achieved.

The spokesman said: “People have made huge sacrifices in order to bring down the rate of infection, to protect the NHS and ultimately to save lives and we are not going to gamble those sacrifices away by taking steps that could lead to an exponential growth in the disease again.”

The Treasury also announced that a zero-rate of VAT will apply on the sale of personal protective equipment between May 1 and July 31. The tax break is worth £100 million ($125.9 million).

Labour leader Sir Keir Starmer told ITV: “I think the government were slow into lockdown, slow on testing, slow on protective equipment, and may now be slow on our exit strategy.”

A new survey by polling firm Ipsos MORI found that 66% of Brits think that the government imposed the lockdown too late, a rise from 57% two weeks ago.

Speaking to Sky News, Starmer said: “We could end up with one of the worst death rates in Europe and as the fifth biggest economy in the world, that is not where we should be.”

“Is there going to be an inquiry? I think it’s inevitable,” he said.

Local media reported that the government will test 100,000 people at random in England next week to assess the level of transmission, a key step in figuring out when it is safe to exit the lockdown.

The project will be carried out by the Institute of Global Health Innovation at Imperial College London, and repeated between four to six weeks’ time, or when lockdown restrictions are eased, to figure out if there is a resurgence in infections.

Speaking to the parliament’s Business, Energy, and Industrial Strategy Committee, Melanie Leech, the chief executive of the British Property Federation, said coronavirus would exacerbate the trend towards online shopping, resulting in the number of high street shops dropping by more than half over the next two years.

She said: “Because the high street is changing, we will need less physical retail going forward. That would already have looked in a couple of years’ time, before coronavirus, more like possibly 50 or 60 shops and a range of other uses being deployed in the high street.

“We will see empty premises because not all businesses will make it through. I can’t put a number on that, but that trend was happening anyway and will be vastly accelerated by the impact of coronavirus,” she said.

Helen Dickinson, the chief executive of the British Retail Consortium, said: “The government really mustn’t turn off the tap once restrictions are lifted or when we get to the end of June because there is no way that demand is going to just revert to what it was before.”

“Certainly I have no doubt that people will be very cautious about how they shop for safety reasons and because of the pressure on money in their pocket,” she said.

The pandemic has killed nearly 231,800 people worldwide, with more than 3.25 million infections, while over 1 million patients have recovered, according to figures compiled by the US-based Johns Hopkins University.