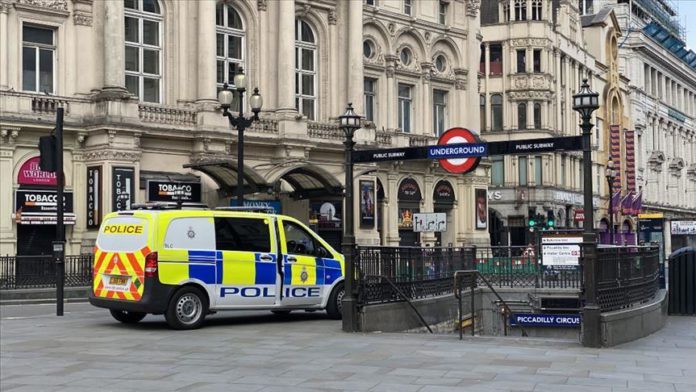 British authorities announced on Tuesday that the total number of UK-wide deaths from coronavirus was 29,427, a rise of 693 in the last 24 hours.

The total number of deaths is now the highest in Europe, having surpassed Italy which announced its Tuesday’s total death toll of 29,315.

At the daily press conference, Foreign Secretary Dominic Raab said that international comparisons cannot be made at this stage.

“I don’t think we will get a real verdict on how well countries have done until the pandemic is over,” he added.

Of the UK’s wider approach, Raab said: “As we consider the decisions that we will take next to protect life but also to protect our way of life, it’s now clear that the second phase will be different.”

“We will need to adjust to a new normal where we as a society adapt to safe new ways to work, to travel, to interact, and to go about our daily lives. We have never experienced anything like this first stage of COVID-19 in terms of the scale of the lives lost but also the lockdown it has required.

“As we go forward we want to make sure that the next phase is more comfortable, is more sustainable and prevents lasting damage to jobs and livelihoods.

“We need to be under no illusions, the next stage won’t be easy,” he added.

Raab also said that while the “vast majority” of countries have banded together to fight the virus, a few countries have sought to “exploit a crisis for their own criminal and hostile ends.”

He said: “We have clear evidence now that these criminal gangs are actively targeting national and international organizations which are responding to the COVID-19 pandemic which I have to say makes them particularly dangerous and venal at this time.”

Chief Scientific Adviser Sir Patrick Vallance told the parliament’s science and technology select committee that those who recover from coronavirus could have some form of immunity to the disease for up to three years.

He emphasized that he was talking of a “degree of protection” not “absolute immunity.”

He added that there “may be times when wearing masks can be beneficial to stop the spread.”

Vallance also spoke to the parliament’s health and social care committee, saying: “I think if we do test, track and tracing well and we keep the social distancing measures at the right level we should be able to avoid a second wave.”

A National Health Service contact and trace app is currently being tested on the Isle of Wight ahead of a national rollout.

Dr. Chaand Nagpaul, the chair of the British Medical Association, told Sky News that around 94% of all doctors who have died from coronavirus in the UK have been from black and minority ethnic backgrounds. He described the trend as “extremely worrying.”

More than 3.61 million cases have been reported worldwide, with the death toll nearing 253,400 and more than 1.18 million recoveries, according to data compiled by Johns Hopkins University in the US.