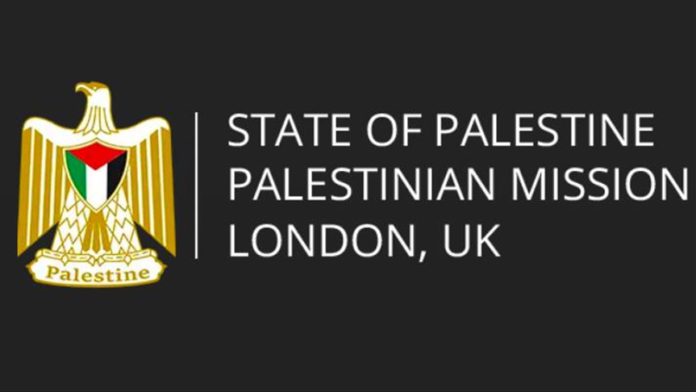 In a letter to the Conservative Friends of Israel lobby group in the UK, Johnson said his government had “respect for the independence” of the court but opposed this particular inquiry into Israel.

The Palestinian Ministry of Foreign Affairs calls in a statement on the UK government to respect the independence and integrity of the International Criminal Court following UK premier’s remarks about ICC’s #Palestine probe. Thread ⤵️

“This investigation gives the impression of being a partial and prejudicial attack on a friend and ally of the UK’s,” he added in the letter.

The Palestinian mission in a statement posted on its website condemned the announcement, which it described as “deeply regrettable.”

This is a contradiction of international law and previous British policy, it said.

“It is clear that the UK now believes Israel is above the law. There is no other interpretation of a statement that gives carte blanche to Israel,” the mission emphasized.

The announcement marks a low point in diplomatic relations and undermines the UK’s credibility on the international stage, it added.

The ICC launched a formal inquiry last month into alleged atrocities in the occupied West Bank, East Jerusalem and the Gaza Strip. It is expected to cover the 2014 Gaza war, 2018 Gaza border clashes and the building of Israeli settlements in the West Bank.

Hundreds of Israelis are placed at risk of prosecution due to the inquiry, including soldiers and senior political figures.

Johnson said in his letter that the ICC has no jurisdiction to investigate because “Israel is not a party to the Statute of Rome, which established the court, and Palestine is not a sovereign state.”

“If Mr. Johnson disputes this, he disputes the legitimacy of the court. Moreover, he contradicts stated British policy, which is clear that settlements are a violation of international law and therefore a war crime,” the Palestinian mission’s statement said.

The statement added that if Israel is not held responsible for its actions, it has no incentive to comply with international law, and if “friends and allies” are exempt from international law, there is no foundation for the rules-based global order.

The Palestine mission said the UK has an opportunity to be an important and positive mediator in efforts to secure a lasting peace in line with international law, and it has a historic responsibility for the Palestinian people, having been instrumental in creating the problem in the first place.

Zimbabwe: Farmers find ways to save crops from elephants