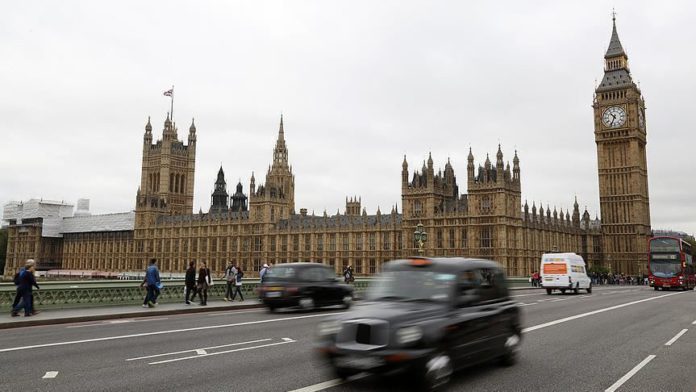 The leader of Britain’s main opposition Labour Party said that the UK premier has “lost control” of the coronavirus outbreak in the country, which announced more than 10,000 virus cases Saturday.

Johnson has been the premier since his landslide general election victory in Dec. 2019, while Keir Starmer became the Labour leader this April.

“I think they’ve lost control of the virus,” Starmer told The Observer. “And I don’t want to see death rates go up. Nobody does. And the government doesn’t. I’m not suggesting that for a minute.”

“But this is serial incompetence. And the test, trace and isolate system was abandoned in early March if you recall because they said they didn’t have the capacity. It took them months to get back to even trying to set up a system. And they haven’t got an effective working system.”

Starmer added: “One of the reasons so many areas are now under restrictions is because the government doesn’t properly know where the virus really is. The failure of test, trace and isolate is absolutely fundamental to this. The virus is now out of control.”

“There isn’t a strategy. There’s a vacuum there. And that’s because there’s division in the cabinet as to which strategy they should be following.”

He said the country is angry at the “incompetence” of the government.

“They are really anxious about a second wave,” he said. “The confidence has gone out of the public. And they’re really frustrated with the mixed messages. You’ve now got swathes of the north of England on effective lockdown. And they feel that nobody is listening to them. That nobody is speaking for them. What people want, more than anything, is hope and light at the end of the tunnel.”

The opposition leader initially sought to reach out to Johnson and attempt to build a cross-party consensus on the pandemic. Labour was largely in favor of the government’s emergency virus plans, and asked the public to follow the health guidelines.

But Johnson’s handling of the pandemic, which critics argue has been poor, has allowed Starmer to go on the offensive.

After a steady decline since the first peak in April, daily infections in the UK have been rising again since July.

Criticizing Johnson, Starmer said: “The prime minister is governing in hindsight. So he charges forward, not recognising the problem, has a car crash, looks in the rear mirror and says: ‘What’s all that about?’”

He also set out a five-point plan to beat the pandemic: Follow the German government by publishing the criteria it uses to inform people when local restrictions are brought it and eventually scrapped; improve public health communications by allowing people to type in their postcode in the NHS coronavirus app and get information about restrictions in their area; fix the test and trace system but expand testing through increased funding in NHS and university labs, as well as delegate more power to local public health teams; carry out regular testing for high-risk workers and in high-transmission areas, including NHS staff, and finally outline a program for the manufacturing and distribution of a vaccine.

“When a vaccine arrives, it’s got to be done to scale. You’ve got to have a plan for how you roll it out. If they don’t start on that, you can see this is going to be the next problem,” he said.

The Labour leader said he does not believe the government has a plan for mass vaccination.

“Well, they need to have one,” he said. “Almost everything they’ve done so far, they’ve been completely slow and incompetent.”