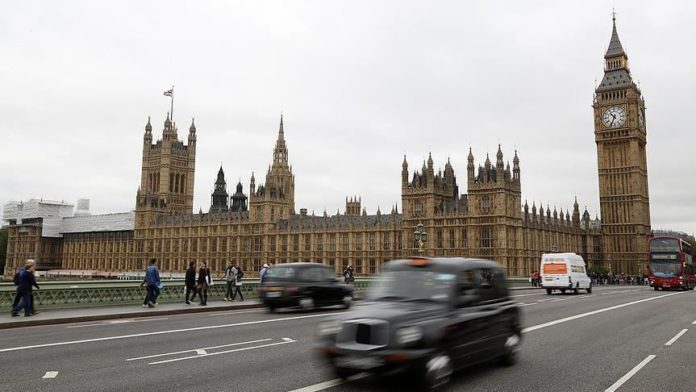 British opposition Labour leader Sir Keir Starmer on Tuesday smashed the country’s political consensus over the coronavirus pandemic by calling for a two- to three-week national lockdown in England.

“Three things are now clear: the government has not got a credible plan to slow infections. It has lost control of the virus. And it’s no longer following the scientific advice,” Starmer said.

He made his comments in a televised news conference, the first of its kind for him since the pandemic began. Since becoming leader of the Labour party earlier this year, Starmer has been quiet in his criticism of the government, allowing it to proceed how it thought best in a time of national emergency. That consensus is now over.

“There’s no longer time to give this prime minister the benefit of the doubt,” he said.

“I am calling for a two- to three-week circuit break in England,” Starmer said. “This would not mean closing schools. But if this happens imminently… it can be timed to run across half-term to minimise disruption. But a circuit break would require significant sacrifices across the country.”

These sacrifices would include only allowing essential work and travel, working from home where possible, banning household mixing except in limited circumstances, shutting down all pubs, bars, and restaurants, and moving parliament to remote working, he said.

“If we act now – if we follow the science and break the circuit – we can get this virus under control.

“If we don’t, we could sleep-walk into a long and bleak winter. That choice is now for the prime minister to make. I urge him to do so.”

Tuesday’s coronavirus figures from British authorities showed that there were a further 17,234 positive cases across the UK over the past 24 hours, bringing the total to 634,920.

There were also a further 143 deaths – the highest daily figure since June. The death toll is now 43,018.