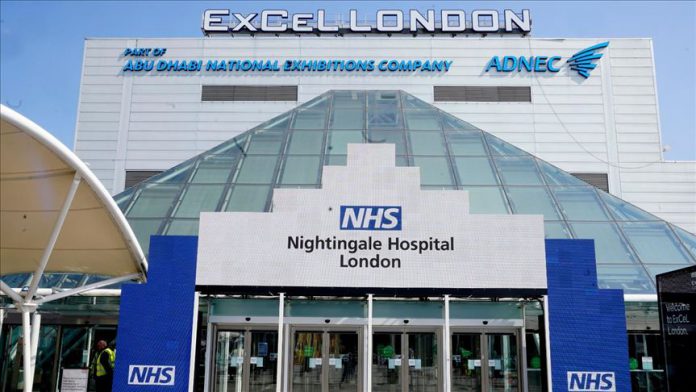 The U.K. on Friday opened the world’s largest critical care unit as part of its fight against the novel coronavirus, which has claimed almost 3,000 lives in the country.

The Prince of Wales joined the opening ceremony of the NHS Nightingale Hospital, which was set up in London’s massive ExCel center in Docklands.

Prince Charles, who stayed in self-isolation for a week after being tested positive with the virus joined the ceremony via video link and said the hospital was “an intensely practical message of hope at this time of national suffering.”