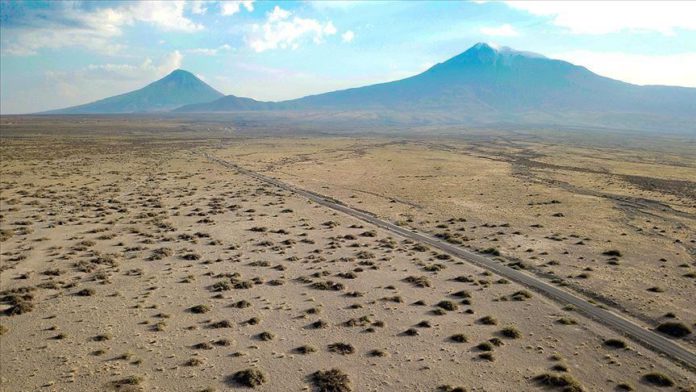 As economies worldwide suffer from the ‘huge impact’ of climate change, a UK envoy to the COP26 environmental talks urges joint efforts among countries to raise ambitions on tackling this issue.

Speaking to Anadolu Agency while on a visit to Turkey, Laurie Bristow, the UK’s COP26 regional ambassador to the Middle East, North Africa, Eastern Europe, Central Asia and China, said his visit would focus on encouraging countries to work together to fight the threat of climate change.

“Five years on from the Paris Agreement, we need countries to update their ambitions to reflect the need for immediate climate action,” he said, adding that COP26 would be an important opportunity to do this.

He noted that though COP26 had been postponed until 2021 due to the novel coronavirus pandemic, the goals, commitment and objectives would be the same, focusing on heightening nations’ ambitions.

“Adapting to the impact of climate change is hugely important […] As countries, we need to work together to mitigate the risk and adapt to the changes,” Bristow said.

A “clean recovery” for countries whose economies took losses during the virus outbreak will also be a key issue in the climate change conference in 2021, he added.

“COP26 is a chance for governments, businesses, development organizations and everyone in society to focus on how we deliver a lasting change that will protect our environment for future generations.”

While in Turkey, Bristow also intends to learn about the country’s ongoing projects and program in dealing with climate change, he said, hailing the country’s efforts on renewable energy.

“Turkey has made great progress on clean energy, and this is making a real difference to people’s lives.” He added that the country’s zero-waste project was also playing a key role in reducing pollution across the country.

Underlining that climate change was “no longer a distant threat,” he said Turkey was also vulnerable to the negative impacts of this global danger.

“Extreme weather events are increasing, and we’ve seen recently the devastating floods in the Black Sea region. Climate change is also impacting Turkey’s agriculture and tourism sectors on the south coast,” he added.

Bristow claimed that his country is committed to fulfilling the potential of the Paris Agreement, officially known as the UN Framework Convention on Climate Change (UNFCCC), and stressed the importance of accelerating countries’ progress on achieving the deal’s goals through more action in adaptation, mitigation and finance.

“We want the UNFCCC process to facilitate the actions of countries as they put climate risk at the center of decision-making […] It’s vital the world comes together and takes renewed action to hold temperature rise to well below 2 degrees and take best efforts to limit warming to 1.5 degrees,” Bristow said.

Responding to a question on the UK’s shift to clean energy, he pointed out that his country’s net-zero emissions target by 2050 was legislated last year.

With the UK reducing emissions by 43% while its economy grew by 75%, he said: “We will continue to accelerate the transition to clean growth at home, and we will work with partners to do so internationally.”