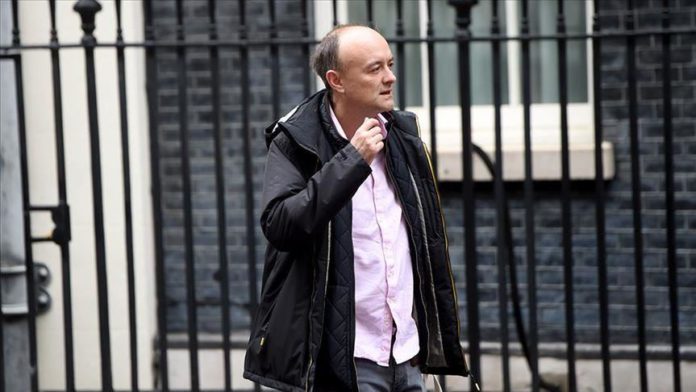 The top advisor of the UK’s prime minister gave an unprecedented press conference on Monday as British health authorities reported that 121 people had died from the coronavirus across the country over the past 24 hours.

Prime Minister Boris Johnson’s top adviser Dominic Cummings gave a public statement and took questions from the press on a controversy about his alleged breaking of lockdown rules.

This was an unprecedented event, as advisers usually stay out of the limelight.

Refusing to apologize or resign, Cummings said a 30-minute drive to a local beauty spot outside of London with his child and wife on her birthday was to test his eyesight.

“There is understandable anger but a lot of that anger is based on reports in the media that have not been true. It’s extremely regrettable that the media were told some of these things were wrong and reported them anyway,” he said.

“I don’t regret what I did,” Cummings asserted. “I was trying to balance all of these very complicated things.”

At a daily press conference, Prime Minister Boris Johnson said open markets and car showrooms would reopen on June 1 and non-essential retail shops could open on June 15 as long as they were COVID-secure.

Earlier in the day, local media reported that the Treasury was drawing up a plan, dubbed Project Birch, for strategically important companies to receive government bailouts “as a last resort.”

“In exceptional circumstances, where a viable company has exhausted all options and its failure would disproportionately harm the economy, we may consider support on a ‘last resort’ basis. As the British public would expect, we are putting in place sensible contingency planning and any such support would be on terms that protect the taxpayer,” said a Treasury spokeswoman.

The plan was welcomed by unions.

“It’s very welcome news that a rescue plan for UK PLC is finally taking shape. There is no more time to lose if we are to prevent a tsunami of job losses from sweeping through communities this summer,” said Steve Turner, assistant general secretary for manufacturing at Unite, the UK’s largest union.

The pandemic has killed over 344,000 people worldwide, with more than 5.46 million confirmed cases, while recoveries exceeding 2.19 million, according to figures compiled by the US’ Johns Hopkins University.

Taliban dismiss reports it took money to kill US troops