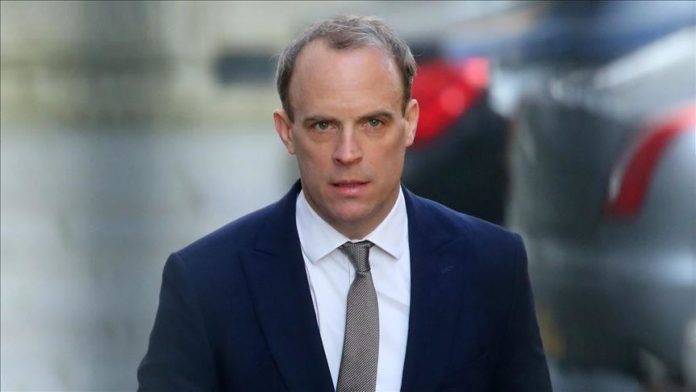 China’s new national security legislation is a “grave step” that is “deeply troubling,” the UK said on Tuesday.

“Despite the urging of the international community, Beijing has chosen not to step back from imposing this legislation,” Foreign Secretary Dominic Raab said in a statement.

The bill came in the wake of months of protests and what China has called “anti-national” activities last year in the semi-autonomous territory.

“This is a grave step, which is deeply troubling.”

“We urgently need to see the full legislation, and will use that to determine whether there has been a breach of the Joint Declaration and what further action the UK will take,” Raab added.

“Britain would have no choice but to uphold our profound ties of history and friendship with the people of Hong Kong,” he wrote in an article.

“Today about 350,000 people hold British Nationals (Overseas) passports and another 2.5 million people would be eligible to apply for them. At present these passports allow for visa free access for up to six months,” said the article.

“If China imposes its national security law, the British government will change its immigration rules and allow any holder of these passports from Hong Kong to come to the UK for a renewable period of 12 months and be given further immigration rights including the right to work which would place them on the route to citizenship,” he said.

“This would amount to one of the biggest changes to our visa system in history. If it proves necessary Britain will take this step and take it willingly,” Johnson said.

Hong Kong is a semi-autonomous region which has been part of China since 1997, when the UK handed over the former colony to Beijing. The autonomous region witnessed large protests last year against a move to legalize extradition of accused people to mainland China.