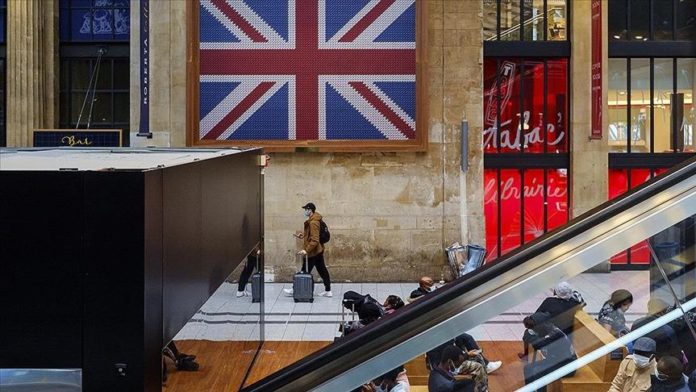 Travelers entering the UK will be fined a large sum of money and face a lengthy jail sentence if they break coronavirus regulations, the government said.

Health Secretary Matt Hancock told the parliament that arrivals who do not abide by the quarantine laws will face a fine of up to £10,000 ($13,778) and a jail sentence of up to 10 years.

“People who flout these rules are putting us all at risk. Passenger carriers will have a duty in law to make sure that passengers have signed up for these new arrangements before they travel, and will be fined if they don’t, and we will be putting in place tough fines for people who don’t comply,” Hancock said in a statement aired by the Parliament TV.

“Anyone who lies on the passenger locator form and tries to conceal that they’ve been in a country on the red list in the 10 days before arrival here will face a prison sentence of up to 10 years,” Hancock added.

“I make no apologies for the strength of these measures because we’re dealing with one of the strongest threats to our public health that we’ve faced as a nation,” the health secretary noted.

Further to the introduction of stricter border laws, British and Irish residents entering the UK after having visited one of the “red list” countries will have to take two mandatory tests and pay £1,750 for a quarantine package upon their arrival in the UK.

The government has contracted 16 hotels with a capacity of 4,600 rooms to accommodate incoming quarantining travelers. As per the new rules, guests will have to remain in their rooms and not fraternize with other fellow guests. There will be a heavy security presence to enforce these laws.

The government is in a race against time to contain the spread of the deadly South African variant of the novel coronavirus which has been detected in a number of areas across the UK, including major cities such as Liverpool and the capital London.

The urgency to contain the spread was further heightened yesterday when a study revealed that the Oxford/AstraZeneca vaccine is less than 10% effective in targeting the new mutation.

Argentina: 2 priests given 40+ years in jail over abuse