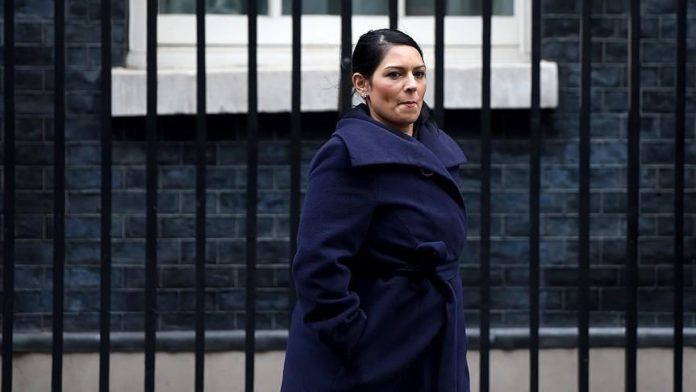 Patel dropped the plan after consultations with Foreign Office officials, who provided an assessment on the practicalities of shipping asylum seekers halfway across the world, according to an exclusive report by the Financial Times (FT).

Ascension Island is over 4,000 miles from the UK and St. Helena is where Britain famously sent Napoleon to live out his final days.

Around 5,000 migrants and asylum seekers had arrived in the UK on small boats by August this year, a figure more than double than the 1,890 people who arrived the same way throughout 2019.

The cause has been taken up by the UK’s surging right-wing forces.

The FT reported from several sources inside the civil service that Patel asked for information on how other countries have been dealing with migrants.

Australia has run offshore asylum processing and detention centers since the 1980s, and the country’s right-wing former Prime Minister Tony Abbott was hired as a trade adviser to the UK government earlier this month.

“The home secretary would not want something like this,” one of Patel’s allies told FT, but other sources close to her told the British daily that she did indeed consider the idea.

“We have been looking at how other countries have been dealing with this issue,” one source told the paper.

“We have been scoping everything. No decisions have been made by ministers.”

The FT reported that Patel also looked at setting up an asylum processing center in North Africa so that migrants could be screened before coming to Britain.

The plan is similar to ones considered by the EU when the UK was still a member.

The report quoted a Home Office official as saying: “The UK has a long and proud history of offering refuge to those who need protection. Tens of thousands of people have rebuilt their lives in the UK and we will continue to provide safe and legal routes in the future.

“As ministers have said we are developing plans to reform policies and laws around illegal migration and asylum to ensure we are able to provide protection to those who need it, while preventing abuse of the system and the criminality associated with it.”