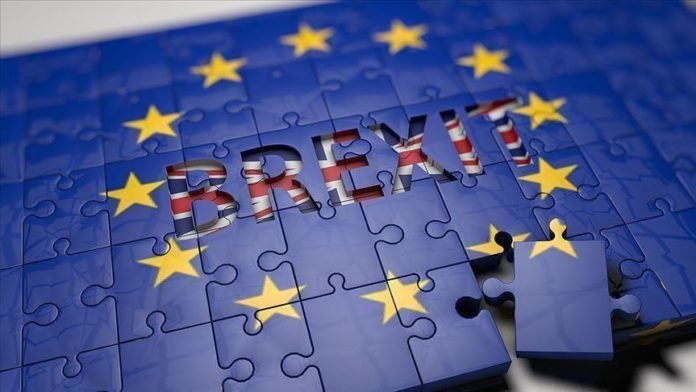 A senior British government minister said that the chances of the UK striking a post-Brexit trade agreement with the EU were now less than 50%, local media reported Sunday.

Cabinet Office Minister Michael Gove was asked in an interview with Sky News whether the chances of a deal were now less than 50%, to which he answered: “Well, I think it’s less. I can’t be precise but one of the reasons why it’s less is the position that’s been taken in the last couple of weeks by EU leaders.”

This position was that the EU have refused to produce the detailed legal text, or intensify talks in a way that showed they were serious about reaching a deal, according to Gove.

The EU said the bloc is ready to “intensify” talks and “to work for a deal, but not at any price.”

The statement came after UK Prime Minister Boris Johnson said on Friday that the EU had “abandoned the idea of a free trade deal,” and British chief Brexit negotiator Lord Frost told Michel Barnier that there was no point coming to London. The two will still hold virtual talks on Monday, however, and make a decision regarding the rest of the week.

“They [EU leaders] have also insisted both that we accept a level of control over our autonomy that an independent country can’t really accept,” Gove complained, adding: “And, at the same time, they are saying we should continue to have exactly the same access to, for example, our fishing waters and our fishing stocks as before.”

He said he still hoped the UK and EU would strike a deal, but that the EU’s behaviour was not that of a party that was serious about making the necessary compromises to secure a deal.

He was then asked whether talks with EU chief Brexit negotiator Barnier would continue, he said: “Well, the ball is in his court. We’ve made clear that we need to see a change in approach from the EU. I know that he will be calling David Frost over the course of the next few days.

The UK left the EU on Jan. 31, 2020, and is in a transition period until Jan. 1, 2021. The trade talks are to secure an agreement for what happens after the transition period ends, as this will also end free movement of people, capital, goods, and services.