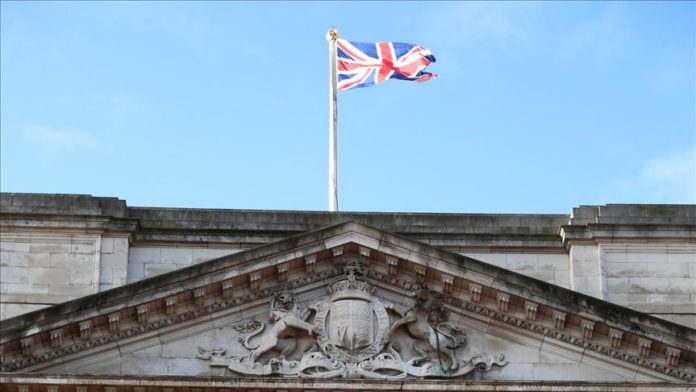 The British foreign office will be combined with the Department for International Development, which oversees the UK overseas aid budget, Prime Minister Boris Johnson announced on Tuesday in a major shake-up of British diplomacy.

The move, long sought after by the ruling Conservative Party, was criticized by both the opposition Labour Party as well as aid groups.

“Distinctions between diplomacy and overseas development are artificial and outdated,” Johnson told parliament while announcing the move.

The government will maintain its commitment of spending 0.7% of GDP on foreign aid, but the merger of the two departments will lead to greater integration of charitable and commercial interests.

The Department for International Development’s (DfID) budget stood at £15 billion last year, dwarfing the Foreign Office’s £2.4 billion, according to the BBC.

The new department will be called the Foreign, Commonwealth and Development Office and will be up and running by Autumn.

“DfID outspends the Foreign Office more than four times over and yet no single decision-maker in either department is able to unite our efforts or take a comprehensive overview,” Johnson said.

“Regardless of the merits of these decisions, no single department is currently empowered to judge whether they make sense or not: and so we tolerate an inherent risk of our left and right hands working independently,” he said.

“Abolishing DfID diminishes Britain’s place in the world,” he said.

“There is no rationale for making this statement today. The prime minister should stop these distractions, and get on with the job of tackling the health and economic crisis we currently face.”

DfID was set up under Labour Prime Minister Harold Wilson in 1964 as the Ministry of Overseas Development.

It was then merged with the Foreign Office under Conservative Prime Minister Ted Heath in 1970, before becoming a separate ministry again under Wilson when he returned to power in 1974.

Conservative Prime Minister Margaret Thatcher re-merged it with the Foreign Office again in 1979.

Labour Prime Minister Tony Blair renamed the ministry the Department for International Development and re-established it as a separate entity in 1997.

The Guardian reported that in practice, over a quarter of DfID’s budget was already being spent by other departments, including the Foreign Office and Ministry of Defence.

The Foreign Office has directed funds to middle-income countries the UK wishes to improve relations with, rather than tackling poverty in low-income countries, while the Ministry of Defence has argued that security is a prerequisite for reducing poverty.

– ‘An act of political vandalism’

DfID is a key pillar of British soft power as the UK is known for its aid generosity.

Kevin Watkins, the chief executive of Save the Children, called the move as “baffling and deeply damaging,” saying it will weaken the UK’s ability to provide for the world’s poorest children at a time when they need the UK’s support and solidarity.

Sacha Deshmukh, the executive director of Unicef UK, said: “The UK’s global leadership on international development, which saves lives every day and is critical to our standing around the world, should not be lost among the broader range of goals that fall under other foreign policy objectives.”

Three former prime ministers also came out against the move.

Former Labour prime minister Tony Blair said: “The strategic aims of alignment with diplomacy and focus on new areas of strategic interest to Britain could be accomplished without its abolition.”

His successor Gordon Brown said the merger was “sad,” and that DfID has been “one of the UK’s great international assets.”

Brown’s successor, David Cameron, a Conservative, said the merger would mean “less expertise, less voice for development at the top table and ultimately less respect for the UK overseas.”