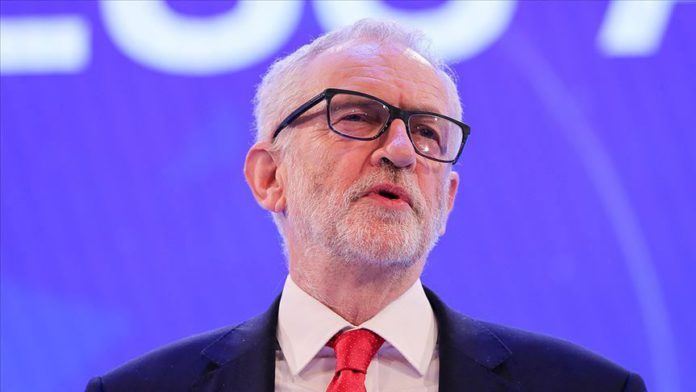 Former leader of Labour Party Jeremy Corbyn has been reinstated to the party following his suspension last month, local media reported on Tuesday.

His membership was suspended due to his initial response to a report into anti-Semitism in the Labour Party under his leadership.

With the report pointing to “serious failings in the party leadership in addressing antisemitism,” Corbyn had said the issue was “dramatically overstated for political reasons” by opponents within and outside the party, as well as the media.

The party’s National Executive Committee met for several hours before making their decision to lift Corbyn’s suspension, which lasted for 19 days.

Earlier on Tuesday, Corbyn released a statement to “clear up any confusion” about his initial statement regarding the report by the Equality and Human Rights Commission (EHRC), the UK’s independent human rights watchdog.

In Tuesday’s statement, Corbyn said: “The publication of the EHRC report should have been a moment for the Labour Party to come together in a determination to address the shortcomings of the past and work as one to root out antisemitism in our own ranks and wider society.”

“To be clear, concerns about antisemitism are neither ‘exaggerated’ nor ‘overstated’. The point I wished to make was that the vast majority of Labour Party members were and remain committed anti-racists deeply opposed to antisemitism.”