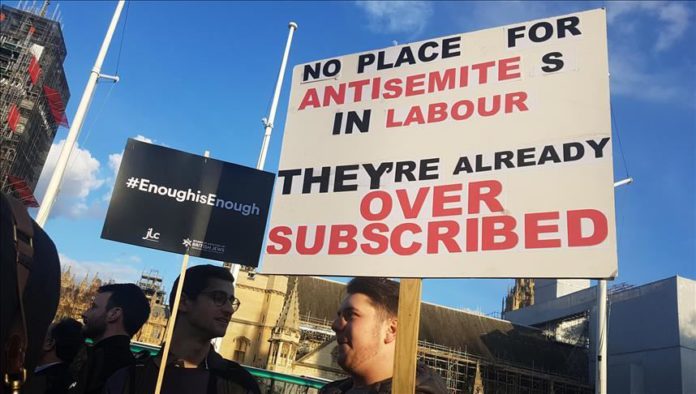 Lawsuits against the UK’s main opposition Labour Party over anti-Semitism allegations could leave the party with a bill running into the millions, potentially bankrupting it, local media reported on Friday.

Labour are now facing another 42 civil claims and a potential bill of up to £8 million, though this figure has been disputed.

The ex-members, who blew the whistle on what was happening inside the party, are thought to be pursuing legal action against Corbyn, whose supporters in turn have raised over £100,000 in 24 hours for his legal defense.

The case against Corbyn rests on a leaked internal document compiled by Corbyn’s supporters inside the party, which they say show Corbyn’s efforts to tackle anti-Semitism in the party were stymied by his factional opponents.

The internal document has raised allegations of libel and breaches of data privacy, however.

On top of all this, the Labour party is still awaiting the results of an independent inquiry by the Equality and Human Rights Commission, the UK’s human rights watchdog, into the party’s handling of anti-Semitism complaints.

A senior Labour shadow minister told the Telegraph: “We’re paying the price with money that could be used serving the public.

“The question now is how deep is the hole the Labour Party has been dug into by Corbyn and his acolytes.”

The recently elected Sir Keir Starmer had hoped to draw a line under the anti-Semitism scandal with Wednesday’s settlement agreeing to the payout and offering a public apology.