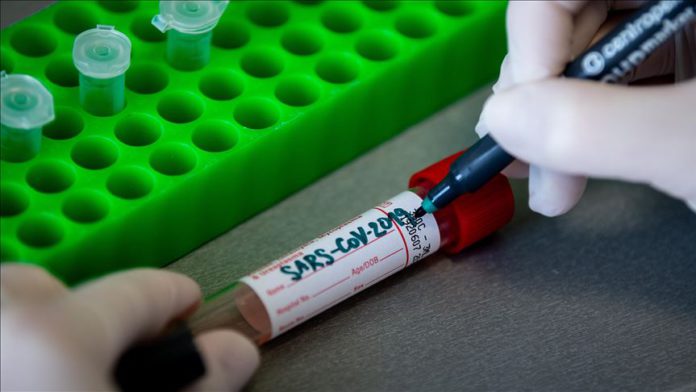 A UK-based genetics lab on Wednesday announced that it had made important progress in understanding the novel coronavirus, thus helping find clues as to how to develop drugs and vaccines.

In a study, researchers at the University College London’s (UCL) Genetics Institute analyzed genomes from the COVID-19 virus in over 7,500 people and identified almost 200 recurrent mutations.

They found that a large part of virus’s global genetic diversity was found in the hardest-hit countries, adding that this suggested it was already being transmitted widely across the world from late 2019, and was in human circulation long before it was first detected.

The 198 recurring discovered mutations offered clues as to how the virus was adapting, they said.

Institute Director Francois Balloux, who co-led the study, said: “All viruses naturally mutate. Mutations in themselves are not a bad thing and there is nothing to suggest SARS-CoV-2 is mutating faster or slower than expected. So far, we cannot say whether SARS-CoV-2 is becoming more or less lethal and contagious.”

“A major challenge to defeating viruses is that a vaccine or drug might no longer be effective if the virus has mutated. If we focus our efforts on parts of the virus that are less likely to mutate, we have a better chance of developing drugs that will be effective in the long run,” Balloux said. “We need to develop drugs and vaccines that cannot be easily evaded by the virus.”

The researchers said that as for the UK, the virus seemed to have entered the country a number of times independently, rather than through a single patient zero case.

Co-lead author Dr. Lucy van Dorp, also at the institute, said that being able to analyze “such an extraordinary number of virus genomes within the first few months of the pandemic could be invaluable to drug development efforts and showcases how far genomic research has come even within the last decade.”

The study was carried out by researchers at the UCL Faculties of Life Sciences and Medical Sciences, along with colleges in the UK and abroad.

British authorities announced on Wednesday that the total number of UK-wide deaths from coronavirus was 30,076, an increase of 649 in 24 hours.

The pandemic has killed more than 260,000 worldwide, with total infections over 3.72 million, while recoveries surpassed 1.22 million, according to figures compiled by the US’ Johns Hopkins University.