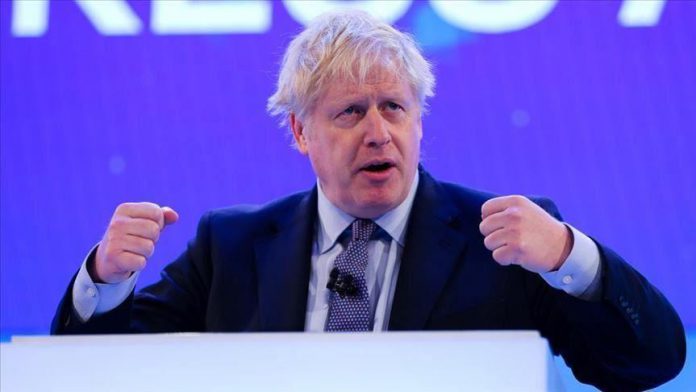 “I just want to say how grateful I am to all the parties, to everybody here in Northern Ireland, for the way they have compromised the way they have worked together to get Stormont up and running once again,” Johnson told a press conference following the meeting with the new