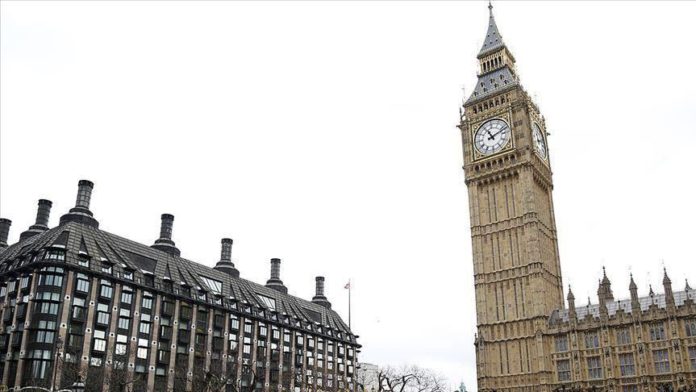 Three members of parliament from Britain’s ruling Conservative Party, including the health minister, shared a truncated, faked news video from a far-right Twitter account smearing the leader of the main opposition Labour Party.

Health Minister Nadine Dorries, as well Lucy Allan and Maria Caulfield, shared a video claiming that that in 2013, future Labour leader Sir Keir Starmer was reluctant to prosecute gangs which try to pave the way for the abuse of children – “grooming gangs’ – when he was the head of the Crown Prosecution Service.

The original account titled the clip: “Keir Starmer explains why he didn’t prosecute grooming gangs when he was head of the Crown Prosecution Service.”

Dorries tweeted that the video was “revealing.” Allan tweeted: “This suggests a total failure to understand grooming, a dismissive attitude towards CSE (child sexual exploitation) victims and a belief that the victims brought it on themselves.” Caulfield tweeted: “True face of the Labour leader #shameful.”

In reality, the full video from which the clip was taken actually showed Starmer explaining why he was overhauling flawed prosecution guidelines because the system had failed victims of grooming.

After the facts of the case came to light, Dorries and Allan deleted their tweets, and Caulfield deleted her entire account. None of the three Conservative MPs have apologized.

Local media quoted a Labour source as saying: “This is a doctored video tweeted by a far-right social media account. As a government minister, we hope Nadine Dorries acknowledges this and takes it down.”

According to the BBC, Starmer added: “There are more important things in the world to concentrate on than a doctored video of me.”

Wes Streeting, Labour’s shadow treasury minister, replied to Dorries’ tweet, saying: “What’s revealing is that: 1. You’ve spread fake news and indulged a smear being promoted by the far right. 2. You had time to do this despite being a minister in the Department of Health during a public health crisis. It’s either malevolence or stupidity. Probably both.”

Downing Street initially refused to condemn, or even comment, on the incident.

In a U-turn, the three MPs were later reproached by their party, a Downing Street spokesman said.

“These tweets have rightly been deleted,” the spokesman said: “The MPs involved have been spoken to by the whips’ office and reminded of their responsibility to check the validity of information before they post on social media sites.”

Romania set for second round of presidential polls