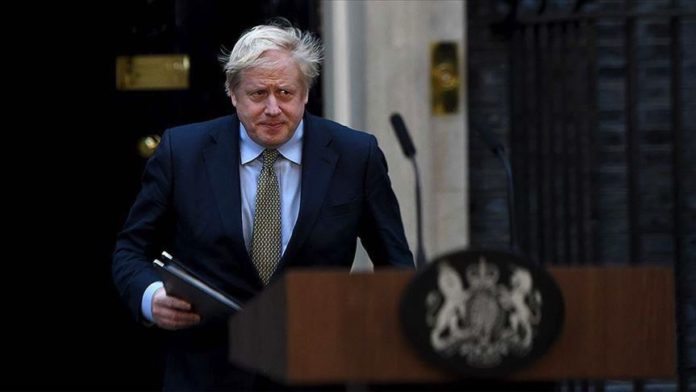 The British government had a plan in place in case Prime Minister Boris Johnson had been claimed by coronavirus, Johnson said in a newspaper interview.

Speaking to The Sun on Sunday, Johnson said during his two-week hospital stay last month, his doctors were beginning to think about how to announce a possible death.

“It was a tough old moment, I won’t deny it.

“They had a strategy to deal with a ‘death of Stalin’-type scenario,” Johnson said.

Johnson said the doctors had made arrangements if things had gone wrong as some of his vital signs were not positive.

“They gave me a face mask so I got litres and litres of oxygen and for a long time I had that and the little nose jobbie,” Johnson said.

Johnson stressed he was not in good shape during his life-or-death struggle and kept asking himself “How am I going to get out of this?”

“It was hard to believe that in just a few days my health had deteriorated to this extent.”

“I remember feeling frustrated. I couldn’t understand why I wasn’t getting better,” he said.

He said things got harder when there was a time when it was 50-50 whether they were going to have to put a tube down his windpipe.

“They were starting to think about how to handle it presentationally,” he said.

Johnson was diagnosed with the virus on March 27 and after the symptoms got worse, he was taken to the hospital on April 5 and next day to intensive care.

After recovering from intensive care on April 9, he was discharged from the hospital on April 12.

His recovery took a month, and he returned to duty on April 27.

“It was thanks to some wonderful, wonderful nursing that I made it. They really did it and they made a huge difference,” Johnson said.

Johnson later became a father for the sixth time and named his son Wilfred Lawrie Nicholas after doctors Nick Price and Nick Hart, who treated him in intensive care.