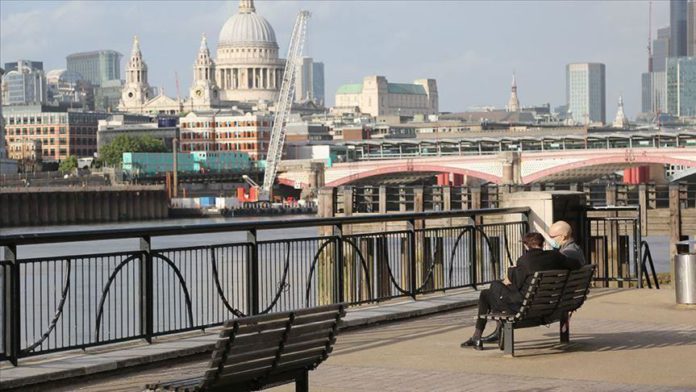 Top UK experts have refused to back the government in elements of its handling of the coronavirus pandemic, as health authorities announced a further 324 died from COVID-19 across the UK over the past 24 hours.

“As of 5pm on 1 June, of those tested positive for coronavirus, across all settings, 39,369 have sadly died.”

England’s coronavirus alert level remains at level four, out of five levels with level five being the most alert.

His decision came as the government eased the lockdown on Monday, with ministers having previously told local media that the country was “transitioning from level four to level three.”

Sir David Norgrove, chairman of the UK Statistics Authority, wrote a harsh letter to Health Secretary Matt Hancock over the way the government presented “the largest possible number of tests, even at the expense of understanding.”

The government’s main daily testing figures include tests that have been posted out to people, rather than just those that have actually been completed. The figure also does not clarify if the same person has been tested repeatedly.

Norgrove said that because of this, the government’s approach to the statistics were misleading, and gave “an artificially low impression of the proportion of tests returning a positive diagnosis.”

“It is not surprising that given their inadequacy that data on testing are so widely criticised and often mistrusted,” he said.

Professor Neil Ferguson gave evidence earlier in the day to the House of Lords science committee. Ferguson is the epidemiologist from Imperial College London whose modelling led to the national lockdown. He stepped down from the government’s Scientific Advisory Group for Emergencies after he had someone visit his flat in contravention of the lockdown rules.

Ferguson said he expected coronavirus levels to remain relatively flat despite the easing of the lockdown, but said the long-term trend was more unclear.

“One of the key issues is how much will relaxation of current controls lead to potential increases in transmission. I should say that it is not clear that it automatically will do so. But most of the modelling would suggest that we might get a small increase,” he said.

“I suspect, though, under any scenario that levels of transmission, and numbers of cases, will remain relatively flat between now and September – short of very big policy changes, or behavioural changes in the community,” he said.

“The real uncertainty is if there are larger policy changes in September, as we move into the time of year when respiratory viruses tend to transmit slightly better, what will happen then? And that remains very unclear,” Ferguson said.

He added that he was “shocked about how badly European – or countries around the world – have protected care home populations.”

The pandemic has killed nearly 377,000 people worldwide, with over 6.31 million confirmed cases, while recoveries have surpassed 2.72 million, according to figures compiled by the US’ Johns Hopkins University.