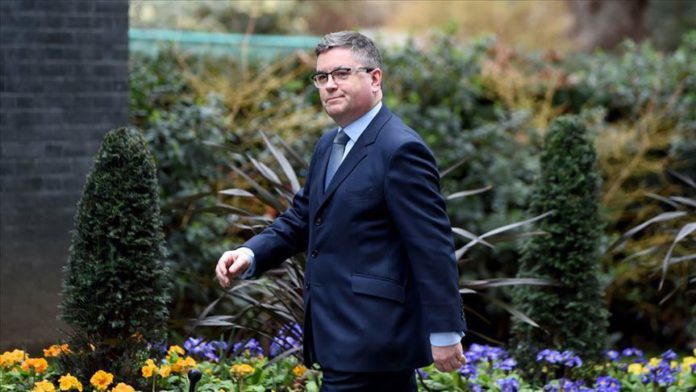 Britain’s justice secretary on Wednesday admitted that the government had prioritized the National Health Service over elder care homes.

The government’s decision to free up bed space in the NHS by moving elderly patients into care homes as soon as possible has dominated debate in Britain over the past few days.

“I think we needed to make a choice about testing and we did decide to focus upon the NHS,” Robert Buckland told Sky News.

“The issue with care homes is that we’ve got many thousands of different providers, different settings, there have been lots of examples of care homes that have mercifully stayed infection free, but sadly far too many cases of infection and then death.”

He added: “We’ve seen a huge tragedy in our care homes which is a great regret. I think every country in the world will look back and say there are things we could have done differently.”

Martin Green, chief executive of Care England, welcomed the honesty, despite the policy being controversial.

Speaking to Sky News, Green said: “I think it’s very significant because it’s probably the first time that we’ve had an admission that there was a priority for the NHS. We knew that from the very start of the pandemic.”

“In many ways I can understand why the government prioritized the NHS,” he said, adding that he did not mean to criticize them.

“But I think with hindsight what we’ve seen is that care homes are very much at the epicenter of this pandemic,” Green said, adding he hopes the government learns “from that experience and start shifting their focus onto care homes.”

– ‘Left without a life raft’

Liz Kendall, Labour’s shadow social care minister, said: “This is the clearest admission yet that ministers did not give care homes the protection they needed at the start of this pandemic.

“Social care and the NHS are both equally important in the fight against this virus and are inextricably linked. One cannot be prioritized above the other.”

“The idea that the Government threw a ‘protective ring’ around care homes from the start is simply not accurate. They made a choice and left care homes to fend for themselves.

“In making this decision, the Government left some of our most vulnerable people out at sea without a life raft, and they left care home staff without the PPE they so desperately needed,” he added, referring to personal protective equipment.

Since the virus emerged in China last December, more than 4.91 million cases have been reported in 188 countries and regions. The US, Europe, and Russia are currently the hardest-hit areas.

The pandemic has claimed nearly 324,000 lives worldwide, with more than 1.7 million recoveries, according to figures compiled by the US’ Johns Hopkins University.

Italy-UK team hopes to have COVID-19 vaccine in Sept