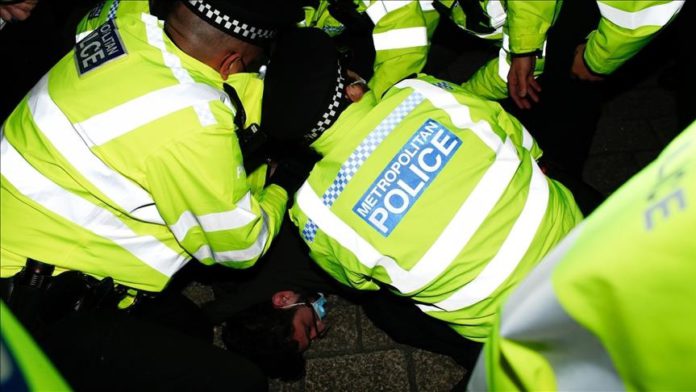 The UK government will launch an independent review of the brutal police response to a vigil that was held in honor of a woman who was murdered by a police officer last week.

Addressing parliament Monday, Home Secretary Priti Patel confirmed to MPs that she had requested a review from HM Inspectorate Constabulary, which independently assesses police forces in the UK, on their violent response to the vigil on Saturday and offered her condolences to the family of Sarah Everard.

“Many women have shared their stories and concerns online since Sarah’s disappearance last week. These are so powerful because each and every woman can relate. Every woman should feel safe to walk on our streets without fear of harassment or violence,” Patel said.

The home secretary said that the murder of Everard reminded women in the UK, including herself, and across the world of the constant precautions they must take on a daily basis to protect themselves and that the stories of women being harassed on UK streets are deeply concerning and troubling.

Patel also reminded colleagues that the Domestic Abuse Bill, which will give the government greater powers to protect women, is on its way to receive Royal Assent and will become law by the end of April. The bill will include new offences for various forms of physical abuse as well as threats to post damaging information online.

In response to the disappearance and murder of Everard, a vigil was held on Saturday. The gathering, which was attended mainly by women, was violently dispersed by police with attendants being dragged and forcibly handcuffed.

The police response was condemned by many, including London mayor Sadiq Khan, and led to calls for Police Commissioner Cressida Dick to resign. Patel also made a statement on Twitter, describing the scenes as “upsetting.”

“The scenes from Clapham Common are unacceptable. The police have a responsibility to enforce COVID laws, but from images I’ve seen, it’s clear the response was at times neither appropriate nor proportionate. I’m in contact with the Commissioner & urgently seeking an explanation,” Khan said on Saturday.

In a separate statement on Sunday, Khan requested a meeting with the commissioner and her deputy at City Hall to explain the events that transpired on March 13, making it clear that the earlier explanation given by Dick was unsatisfactory and why she was given false assurances by the police that the vigil would be handled appropriately.

Following the vigil and its dispersal, the commissioner said she would not want to see a memorial for a murdered women broken up in a such a way but defended the police by noting the difficulties they face in such circumstances. Dick’s statement was criticized, with many calling on her to resign.

Everard, a 33-year-old marketing executive from London, disappeared in early March after leaving her friend’s house. On March 11, police discovered her remains in southeast England and arrested a police officer, Wayne Couzens, who is being held on suspicion of her kidnapping and murder.