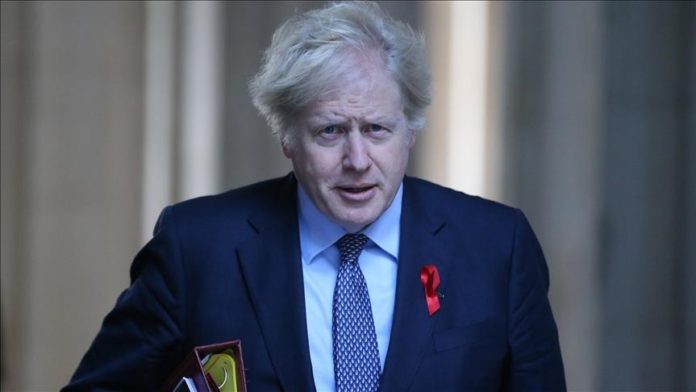 The UK and France are working to make possible the cross-border goods traffic as soon as possible, the British prime minister said Monday.

Boris Johnson’s remarks came in a news conference which followed an emergency meeting after more than 40 countries stopped flights from the UK and France closed its border to all trucks from Britain since the weekend because of a new variant of coronavirus.

Johnson said the UK understands the anxieties about the new variant, but added that the risk from a truck driver sitting alone is very low.

He underlined that the delays only affect a small minority of food and medicine coming into the UK.

Johnson said he had an “excellent” conversation with French President Emmanuel Macron, adding he was keen to get the situation at Dover, England, sorted out “in a few hours” if it was possible.

Macron earlier said the EU would work on a common approach on the matter.

Johnson said the number of trucks lining up in Dover has been reduced since yesterday.

There were as many as 500 trucks stuck on each side of the border Sunday night as the French government introduced a ban on freight trucks from across the Channel.

The British prime minister also noted that 500,000 people have received their first dose of the vaccine so far.

Coronavirus cases across the UK rose by 35,928 on Sunday and 33,364 on Monday, as the officials said the new variant spreads 70% faster.

The rise in the number of infections came with spikes in London, as well as southeast and east of England recorded in the last week. All those areas have been put under strict restrictions under newly introduced Tier 4 measures.

The British government last week had said people across the country would be able to travel to visit the loved ones in the week running up to Christmas and three households would be able to gather on Dec 23-27.

But in a sharp and sudden move on Saturday, Johnson introduced a new Tier 4 — very similar to a full lockdown — for millions of people after saying the new variant causes a big rise in cases. He reduced Christmas gatherings to only one day, the Christmas day itself.

The new restrictions mean a strict travel ban within the UK, where a 4-tier system is in place at the moment.

The death toll in pandemic currently stands at 67,616 in the UK — the worst in Europe.