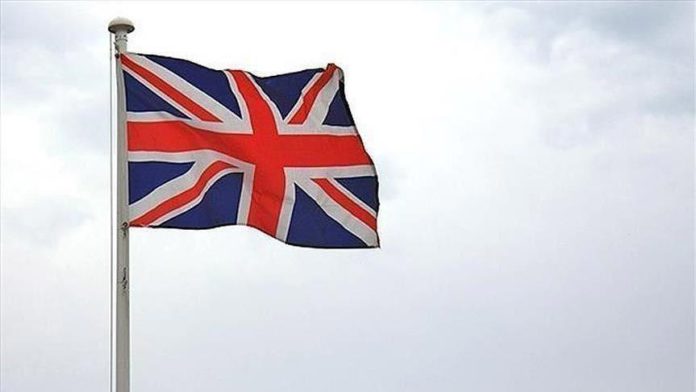 British Foreign Secretary Liz Truss said Thursday that US reports that Russia could use a fake attack video as a pretext for invading Ukraine were “shocking.”

“This is clear and shocking evidence of Russia’s unprovoked aggression and underhand activity to destabilize Ukraine,” Truss said in a statement.

“This bellicose intent towards a sovereign democratic country is completely unacceptable and we condemn it in the strongest possible terms.

“The UK and our allies will continue to expose Russian subterfuge and propaganda and call it out for what it is. The only way forward is for Russia to deescalate, desist and commit to a diplomatic pathway,” she added.

The US believes Russia is planning to stage a fake attack by Ukrainian forces on Russian territory or Russian-speaking people to justify their actions near Ukraine’s border, Pentagon spokesman John Kirby said earlier in the day.

“We believe that Russia would produce a very graphic propaganda video, which would include corpses and actors that would be depicting mourners and images of destroyed locations as well as military equipment at the hands of Ukraine or the West,” Kirby told reporters during a news conference.

“And we do have information that…the Russians are likely to want to fabricate a pretext for an invasion, which again is right out of their playbook,” he added.

The New York Times reported earlier that the US obtained intelligence about a Russian plan to spread a fake video to bolster its disinformation campaigns.

According to senior administration officials and others briefed on the material, the video “was intended to be elaborate with plans for graphic images of the staged, corpse-strewn aftermath of an explosion and footage of destroyed locations,” the newspaper said.

Russia has reportedly amassed tens of thousands of troops near Ukraine’s border, prompting fears that the Kremlin could be planning another military offensive against its former Soviet republic.​​​​​​​