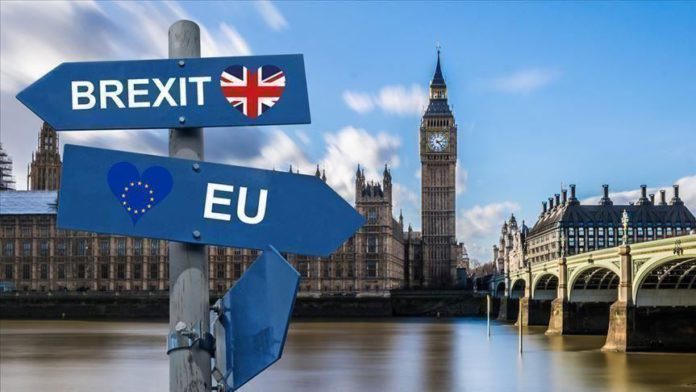 A leaked letter reveals that the British government fears huge queues of up to 7,000 trucks could be seen outside Dover, an internal border imposed around Kent, if further urgent preparations are not made for the post-Brexit era.

Dover is a town and major ferry port in Kent, a county in south-eastern England. The Dover-Calais route is how goods mainly move between the UK on one side and France and the EU on the other.

The UK’s transition period out of the EU ends at the end of the year, with or without a trade deal with the 27-member bloc.

In the letter, Gove said between 30% to 50% of trucks crossing the Channel would not be ready by end of the transition period, and that a “lack of capacity to hold unready trucks at French ports” could reduce the flow of traffic by up to 60% to 80% of the usual level.

“This could lead to maximum queues of 7,000 port bound trucks in Kent and associated maximum delays of up to two days,” the letter said, adding that the disruption could last up to three months.

“Simply put, if traders, both in the UK and EU, have not completed the right paperwork, their goods will be stopped when entering the EU and disruption will occur,” he said. “It is essential that traders act now and get ready for new formalities.”

In parliament, pointing a finger at France, he said the worst-case scenario is not a prediction nor a forecast, but a prudent exercise of what could occur “if we don’t improve preparedness, and of course if our neighbors decline to be pragmatic.”

Richard Burnett, chief executive of the Road Haulage Association, said they warned the government there will be delays at ports but they’re not engaging with industry for solutions.

“Traders need 50,000 more customs intermediaries to handle the mountain of new paperwork after transition but government support to recruit and train those extra people is woefully inadequate,” he said in a press release.

The Logistics UK also said that it had for long “warned government of the potential for border delays after the UK leaves the EU, and while there is still time to put mitigations in place to avoid them, it will be a huge challenge for government and industry to achieve.”

Meanwhile, Gove confirmed a de facto internal border between Kent and the rest of England and the wider UK.

“We want to make sure that people use a relatively simple process in order to get what will become known as a Kent Access Permit, which means that they can then proceed smoothly through Kent, because they do have the material required,” he said.

The police will be brought in to police the Kent border, and automatic number plate recognition will also be used.

“If they don’t have the material required, then it will be the case that through policing, ANPR cameras and other means, we’ll do our very best to ensure that his constituents are not inconvenienced,” Gove said.