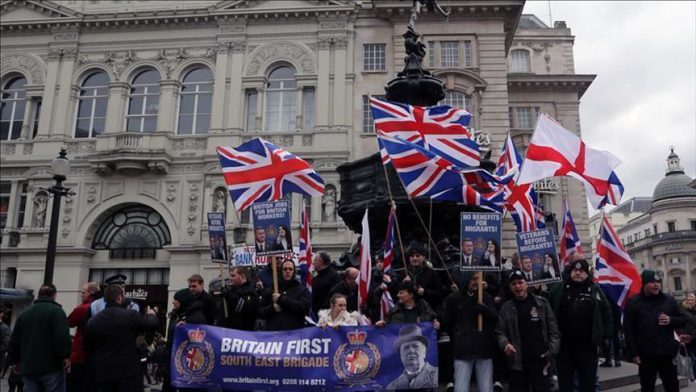 The leader of the far-right Britain First group was charged with a terrorist offense on Friday.

Paul Golding, 38, refused to give police access and passwords to his phone and electronic devices.

He was charged with refusing to comply with Schedule 7 of the Terrorism Act, and is due to appear at Westminster Magistrates’ Court on Feb. 27.

Last October, officers from the Metropolitan Police department’s counter-terrorism branch stopped Golding at Heathrow Airport. He was returning to the U.K. from a visit to the Russian parliament in Moscow.

Schedule 7 gives police the power to search, detain, and interrogate