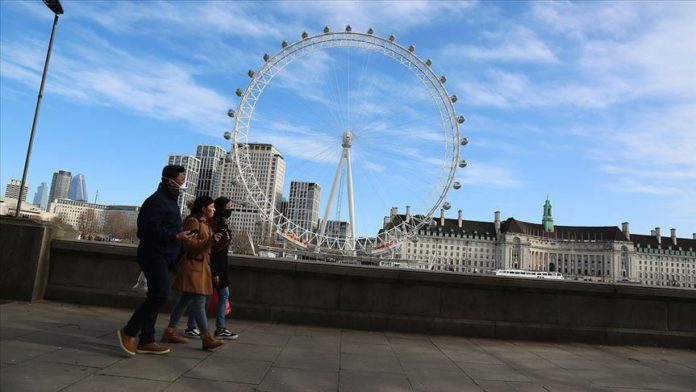 The British government announced on Tuesday it would extend economic support to struggling workers, as health authorities announced a further 627 people had died from coronavirus across the UK in the last 24 hours.

“As of 5pm on 11 May, of those tested positive for coronavirus, across all settings, 32,692 have sadly died,” the Health Ministry tweeted.

Meanwhile, Chancellor Rishi Sunak announced that his coronavirus job retention scheme, which pays firms to furlough workers rather than fire them, would be extended until the end of October.

The scheme was first launched in March, and had been due to close at the end of June. Under it, the government pays 80% of furloughed employees wages up to £2,500 ($3,069) a month.

Following pressure from employers, it has been extended – but Sunak said from August onwards employers will need to “share with the government the cost of paying salaries.”

The government is seeking to gradually withdraw support as the scheme costs an estimated £14 billion a month.

Paul Johnson, the director of the Institute for Fiscal Studies, tweeted that the total eventual cost of the scheme by October is “nudging up in direction of £100bn. Staggering.”

A report published on Tuesday by a group of independent British scientists criticized the way in which the government was lifting the lockdown, saying: “We shall inevitably see a more rapid return of local epidemics resulting in more deaths and potential further partial or national lockdowns.”

The group was led by former government chief scientific adviser Sir David King, and criticized the government’s call on workers to return to work without a clearer and more concrete strategy to contain coronavirus.

The report called on the government to adopt decentralized testing, tracing, and isolation to suppress coronavirus.

Speaking on ITV in the morning, Health Secretary Matt Hancock said summer holidays were unlikely to take place this year for Brits due to social distancing.

“It’s unlikely big lavish international holidays are going to be possible for this summer. I just think that’s a reality of life,” he said.

The Reading and Leeds music festivals have also been cancelled for this year.

Organizers said in a statement: “We’ve been closely monitoring this unprecedented situation and we were hopeful we could deliver the ultimate festival to you in August, something to look forward to in these strange and confusing times. However, it has become clear that it’s just not possible for this year’s festival to go ahead.”

The pandemic has killed over 288,000 worldwide, with total infections over 4.2 million, while recoveries surpassed 1.46 million, according to figures compiled by the US’ Johns Hopkins University.