TurkishPress
Home News UK, EU to 'move on' if trade deal not reached by mid-October 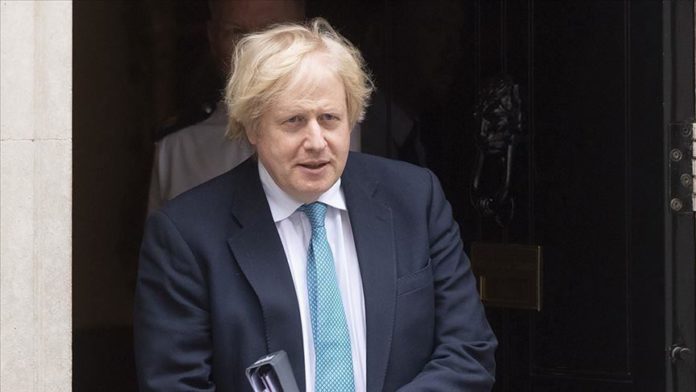 If the UK and EU do not agree on a trade agreement by mid-October, both parties should move on, British prime minister said Monday.

“We are now entering the final phase of our negotiations with the EU,” Boris Johnson said, pointing that the EU and UK have been “clear about the timetable”.

“There needs to be an agreement with our European friends by the time of the European Council [meeting] on Oct. 15 if it’s going to be in force by the end of the year,“ he added.

“So there’s no sense in thinking about timelines that go beyond that point. If we can’t agree by then, then I do not see that there will be a free trade agreement between us, and we should both accept that and move on.”

Johnson noted that the UK “will then have a trading arrangement with the EU like Australia’s.”

“I want to be absolutely clear that, as we have said right from the start, that would be a good outcome for the UK,” he also said.

“As a government, we are preparing at our borders and at our ports, to be ready for it.”

“We will have full control over our laws, our rules, and our fishing waters. We will have the freedom to do trade deals with every country in the world. And we will prosper mightily as a result,” Johnson stressed.

He said: “[The UK’s] door will never be closed and we will trade as friends and partners, but without a free trade agreement.”

Underlining that the trade agreement can still be reached if the EU accepts the UK’s “reasonable proposal for a standard free trade agreement like the one the EU has agreed with Canada and so many others.”

“Even at this late stage, if the EU are ready to rethink their current positions and agree this, I will be delighted,” he said.

“But we cannot and will not compromise on the fundamentals of what it means to be an independent country to get it.”

The UK and EU have been negotiating a trade deal since the end of 2019 after the transition period kicked in.

The UK voters decided to leave the union in a 2016 referendum, ending more than four decades of partnership.

Johnson had managed to get the parliament’s approval on the EU Withdrawal Agreement last year after replacing Theresa May as Conservative Party leader and premier.

The transition period will come to an end on Dec. 31, but Johnson repeatedly said the UK would not extend the transition even if a trade deal could not be reached by the end of it.