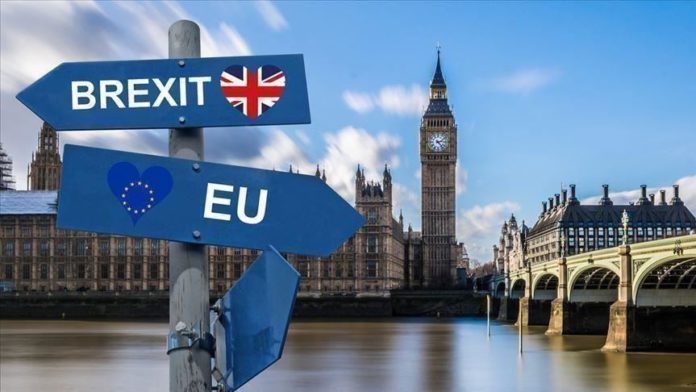 Both the UK and the EU said on Thursday that the chances of securing a Brexit deal by the end of July are “unlikely,” raising the spectre of a no-deal Brexit.

The two main obstacles were rules surrounding a level playing field and fisheries.

David Frost, the UK’s chief negotiator, said in a statement that it was “unfortunately clear” that the UK and EU will not meet British Prime Minister Boris Johnson’s deadline for an outline of a post-Brexit trade deal by the end of July.

“At that meeting, the prime minister set out once again the fundamental principles which we have repeatedly made clear would need to underpin any future agreement and which are intrinsic to the UK’s future as an economically and politically independent country. Any agreement needs to honour these principles in full,” Frost said.

“The EU’s proposals so far, while a welcome response to the prime minister’s statement, do not do so, and therefore substantial areas of disagreement remain,” he said.

“Considerable gaps remain in the most difficult areas, that is, the so-called level playing field and on fisheries,” Frost said. “We have always been clear that our principles in these areas are not simple negotiating positions but expressions of the reality that we will be a fully independent country at the end of the transition period.”

But Michel Barnier, the EU’s chief Brexit negotiator, laid the blame at London’s doorstep, saying that the UK “has not shown the same level of engagement” on finding solutions that respect each other’s red lines.

He added that the EU’s positions on a level playing field and fisheries “should not come as a surprise,” as their views on these two issues have been consistent over the last three years.

“By its current refusal to commit to conditions of open and fair competition and to a balanced agreement on fisheries, the UK makes a trade agreement – at this point – unlikely,” Barnier said.

The UK “did not show a willingness to break the deadlock,” he said. Barnier reminded the UK that the EU has a €5 billion ($5.8 billion) contingency fund to offset the impact of Brexit – a strong signal the EU is prepared to accept a no-deal Brexit over a deal they view as unfair.

There are just five months left before the UK’s transition period runs out at the end of the year. If a deal cannot be reached by then, a no-deal Brexit will occur.

“The time for answers is quickly running out,” Barnier said. “If we do not reach an agreement on our future partnership there will be more friction.”

US to miss Biden's July 4 vaccination goals despite push