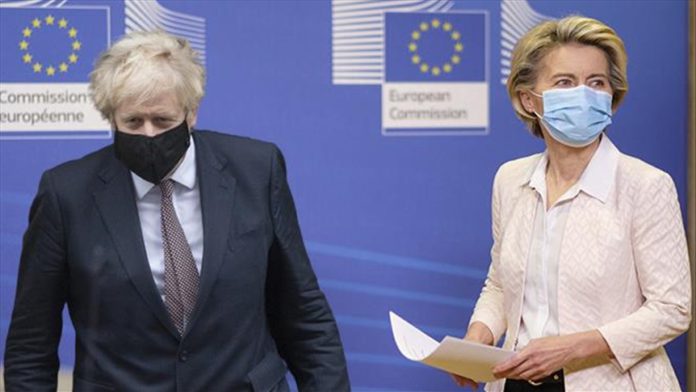 The statement from Downing Street said Johnson would travel to Brussels tomorrow.

“We will continue our discussion on the Partnership Agreement,” she wrote.

The two leader discussed the issues still outstanding in a phone talk earlier this week.

Johnson on Tuesday said talks between the UK and the EU were “looking very, very difficult at the moment.”

Johnson’s visit to Brussels is seen as a last-minute effort to reach a post-Brexit trade deal between the sides before the transition period expires on Dec. 31.

The conditions are not yet present for the UK and the EU to finalize a post-Brexit deal, a joint statement by the two sides said Monday.

The main disagreements are over how much of the EU rules the UK will follow after the transition period, how any deal will be enforced and disputes resolved, as well as fishing rights in UK waters.

In a positive development, Britain said on Tuesday it will drop articles of its Internal Market Bill, which contradict the UK Withdrawal Agreement.