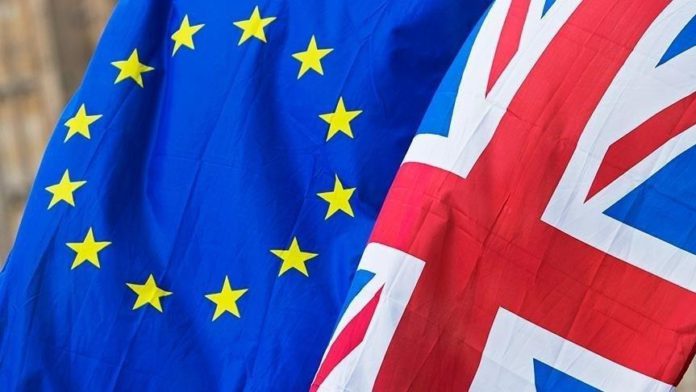 The UK and EU are once more at odds over Brexit after a British decision to unilaterally extend the grace period on the controversial agri-food controls between Northern Ireland and the rest of the country.

The latest spat came on Wednesday as the EU reacted to the extension as a “temporary” measure designed to avoid major disruptions “as part of a pragmatic and proportionate implementation of the Northern Ireland protocol,” according to a statement by Britain’s Northern Ireland Secretary Brandon Lewis.

European Commission Vice-President Maros Sefcovic expressed his “strong concerns” about the unilateral action by the British government in a statement.

Sefcovic described the move as “a clear departure from the constructive approach that has prevailed up until now.”

“Following the UK government’s statement today [Wednesday], Vice-President Sefcovic has expressed the EU’s strong concerns over the UK’s unilateral action, as this amounts to a violation of the relevant substantive provisions of the Protocol on Ireland/Northern Ireland and the good faith obligation under the Withdrawal Agreement,” the EU statement said.

“This is the second time that the UK government is set to breach international law.

“This also constitutes a clear departure from the constructive approach that has prevailed up until now, thereby undermining both the work of the Joint Committee and the mutual trust necessary for solution-oriented cooperation,” it added.

“The decision taken by the British Government today clearly undermines this commitment. A unilateral announcement is deeply unhelpful to building the relationship of trust and partnership that is central to the implementation of the Protocol”.

According to the fully implemented protocol, the goods will be subjected to checks before entering from the UK to Northern Ireland, creating a kind of border in the Irish Sea.

The decades-long sectarian violence in Northern Ireland, known as the Troubles, ended in 1998 after the Belfast Agreement.

The UK and the Republic of Ireland inked the deal, brokered by the US and eight political parties in Northern Ireland, on April 10, 1998.

The deal largely saw the end of the Troubles-era violence, in which more than 3,500 people lost their lives.

Meanwhile, a letter sent to British Prime Minister Boris Johnson by a group of outlawed unionist paramilitaries said their stance in respect of the Belfast Agreement would continue until the protocol was amended to ensure “unfettered access for goods, services, and citizens throughout the United Kingdom,” according to Belfast Telegraph.

The unionist paramilitary groups were part of the front that rivaled the Irish nationalists during the Troubles.

Turkish Cypriots fighting for equality, justice for more than half century:...