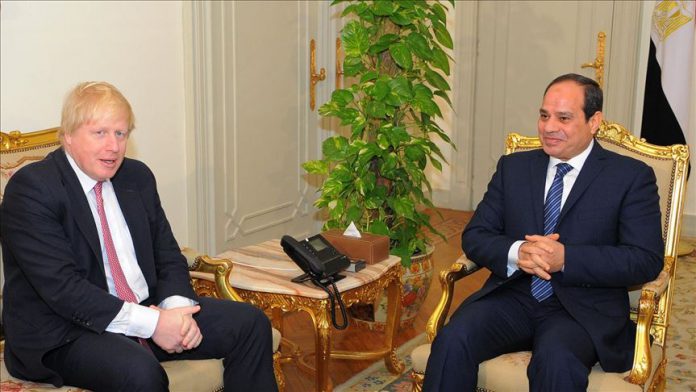 Prime Minister Boris Johnson said Tuesday there was a need to maintain the cease-fire in Libya and look for a political solution to the lingering crisis.

His remarks came at a meeting with Egyptian President Abdel Fateh al-Sisi in Downing Street, a day after the UK-Africa Investment Summit, according to a statement from the British government.

Since the ouster of late ruler Muammar Gaddafi in 2011, two seats of power have emerged in Libya: renegade Gen. Khalifa Haftar in eastern Libya, supported mainly by Egypt and the UAE, and the Government of National Accord (GNA) in Tripoli, which enjoys

Turkish official's speech to be broadcast on 150 channels after YouTube...

US suspending routine visa services in 'most countries'