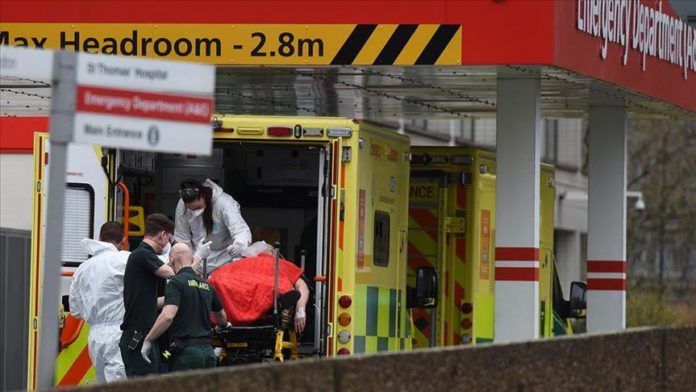 The UK on Tuesday reported 286 more deaths caused by the novel coronavirus, bringing the total to 40,883, according to official figures released by the country’s Department of Health and Social Care.

The country’s Office for National Statistics (ONS), however, reported nearly 10,000 more coronavirus deaths in England and Wales, saying that over 50,000 people had died with the virus written on their death certificates as the cause as of late May.

The UK has the highest death toll in Europe and second in the world after the US, which has reported over 100,000 deaths so far.

Official figures show a trend of decline in new infections as the country takes steps towards normalization.

The pandemic has killed over 407,000 people worldwide, with more than 7.15 million confirmed cases and over 3.32 million recoveries, according to figures compiled by US-based Johns Hopkins University.