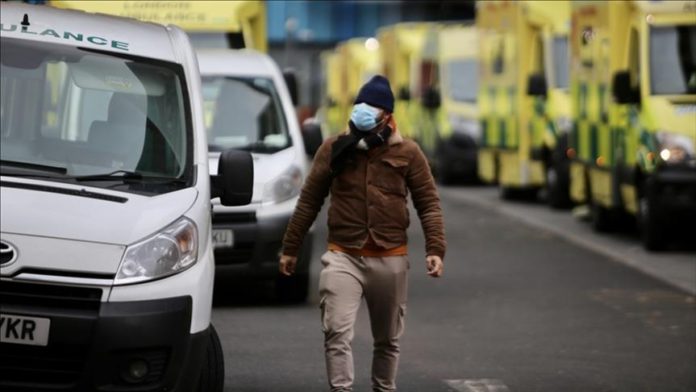 The number of daily COVID-19-related deaths in the UK surpassed 1,000 for the second day in a row on Thursday, according to government data.

There were 1,162 deaths across the UK over the past 24 hours, and it is only the 10th time that the daily deaths have surpassed 1,000, and the highest death toll in a day since April 21.

The total number of deaths currently stands at 78,508.

He said that by the end of the week there would be over 1,000 vaccine sites led by general practitioners at their local surgeries as well as a further 223 hospital sites allowing people to be vaccinated within a 10-mile radius of where they live.

Johnson said that over 1.5 million people had received their first vaccination dose so far, more than all countries in Europe together.

He said the new plan — to be published in full on Monday — will mean hundreds of thousands of vaccinations a day by Jan. 15.

Johnson added that the drugs normally used to treat rheumatoid arthritis, called tocilizumab and sarilumab, will now be given to COVID-19 patients in intensive care in the hope they could save lives.

Sir Simon Stevens, the chief executive of the National Health Service, spoke alongside Johnson and said there were now 50% more COVID-19 inpatients than at the peak of the first wave of the pandemic last year. He added that the number was increasing “very rapidly’ across the UK.

Since Christmas, there have been 10,000 new COVID-19 patients, which was the equivalent of 20 acute hospitals, Stevens added. All this was happening at winter, which is often the busiest time of the year for the NHS, and he urged people to comply with the lockdown.

The army has been drafted in to assist with the vaccine deployment, and speaking alongside Johnson and Stevens was Brig. Phil Prosser, an army commander helping with the vaccine rollout, emphasized the military’s ability to execute large scale missions.