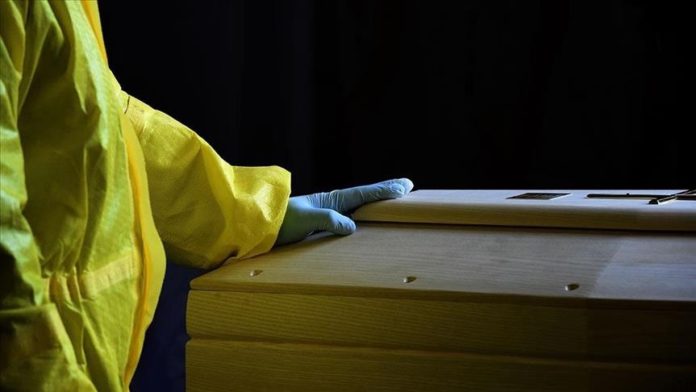 The number of deaths and infections caused by the novel coronavirus continues to fall across the UK despite rising concerns over the introduction of the Brazilian variant to the country.

A total of 104 deaths were reported within 28 days of testing positive for the virus on Friday. Between Feb. 23 and March 1, some 2,196 people succumbed to the virus, a drop of 34.7% in comparison to the previous week.

The total number of people who have tested positive with the virus stands at 4.18 million, while 135,613 have died due to the pandemic.

By the end of Feb. 28, nearly 20.3 million people got their first dose of the vaccine with 815,816 people receiving the second.

The number of people being tested continues to rise, with 526,679 tests being reported on Sunday, up 18%.

On Monday, six cases of the Brazilian P1 variant were detected in the UK, three in England and three in Scotland. The government is currently trying to identify one individual who has been affected with this variant and appears to not have registered their full details with the National Health Service.

The New and Emerging Respiratory Virus Threats Advisory Group (Nervtag) has designated the P1 mutation as a “variant of concern” as it is highly transmissible and capable of evading antibodies produced by the vaccine.