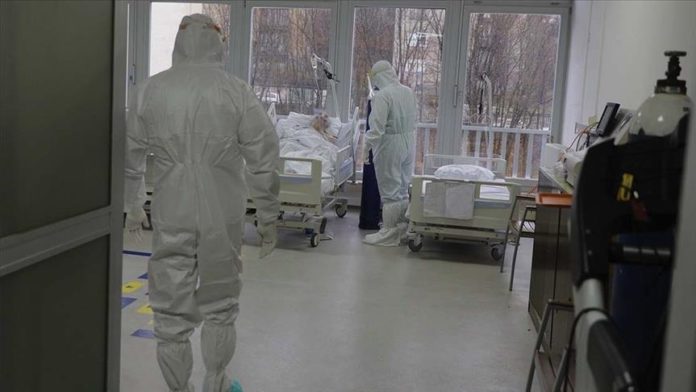 The death toll in the UK from COVID-19 has risen by 4.4% in the past week, according to data released by health authorities Friday.

The number of those who died within 28 days of positive tests was recorded as 489 to bring the toll to over 3,000 in a week.

British Prime Minister Boris Johnson said Friday that he is “hoping to avoid” another national lockdown in England but the government’s scientific advisers indicated that the R number across the country is now between 1.1 and 1.2, up from the previous week’s 0.9-1.1.

The latest numbers came as Johnson asked the public to hold small Christmas celebrations to stop the spread of the virus.

He said people should “think about our elderly relatives” to “avoid spreading the disease” over this period.

According to the government guidelines, three households can spend time during the festivities, but Johnson said in a press conference earlier this week that the smaller the number, the better.

The government’s announcement on Christmas came despite editorials in the country’s two medical journals warning against relaxed measures.

Also on Friday, Northern Ireland announced that the country would enter a 6-week lockdown starting from Boxing Day which falls on Dec. 26.

The total number of fatalities stands at 66,541, according to official data, the highest in Europe.